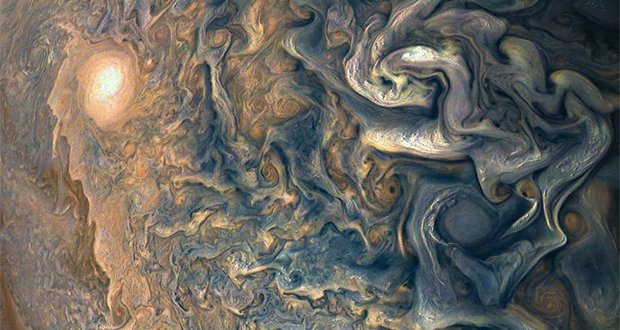 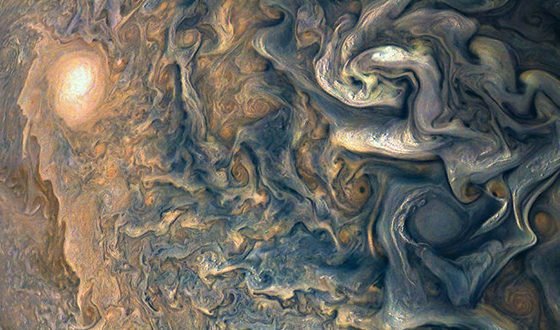 With all of the distressing things really happen now on the Earth, one best way to take your mind away from that is to look at the beauty of the cosmos.

NASA has recently shared a handful of new photos of Jupiter which exists 365 million miles (588 million kilometers) from Planet Earth taken by the Juno spacecraft and he’s the largest planet in the solar system. The attractive display of the stormy southern hemisphere of the planet prompted this list of the most captivating photos NASA has taken – and we’re sure one of these pictures will be your desktop background. 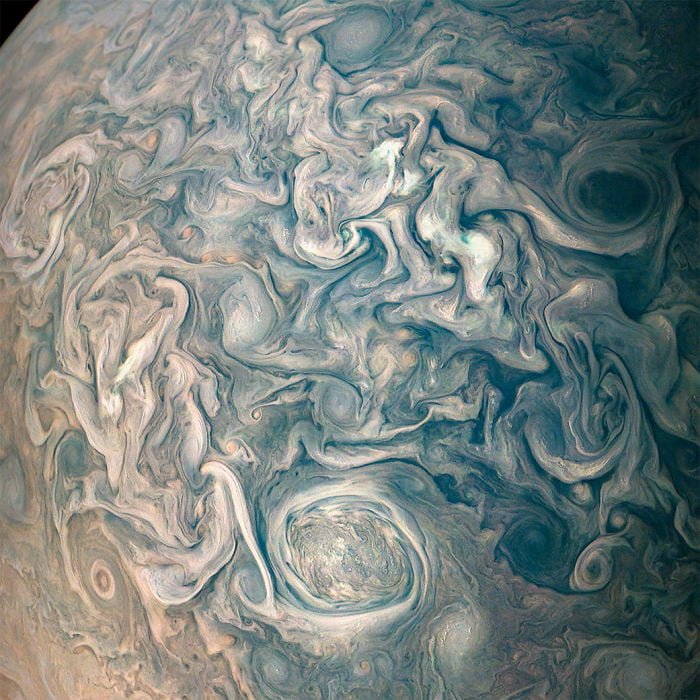 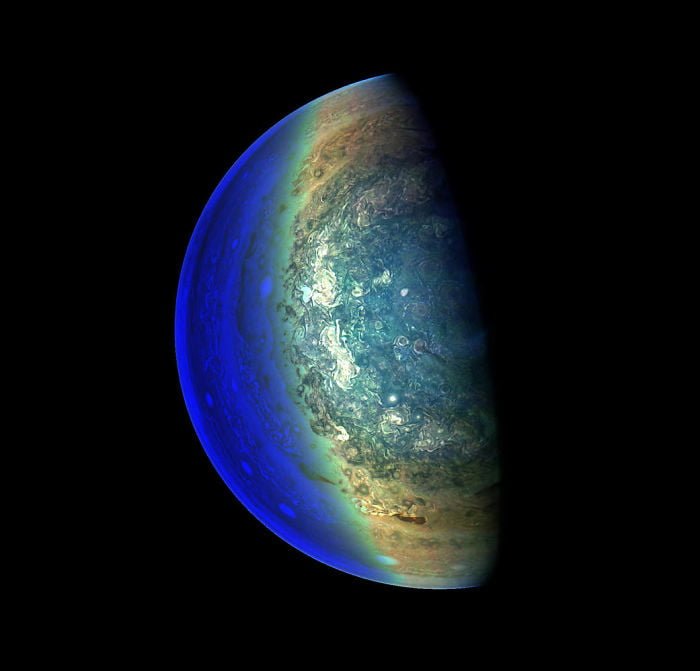 This image captures the swirling cloud formations around the south pole of Jupiter, looking up toward the equatorial region. 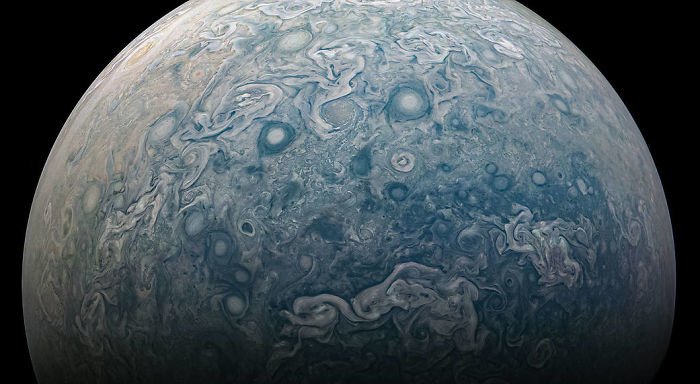 NASA’s Juno spacecraft spotted this view of a chaotic, stormy area of the planet’s northern hemisphere known as a folded filamentary region. Jupiter has no solid surface like Earth 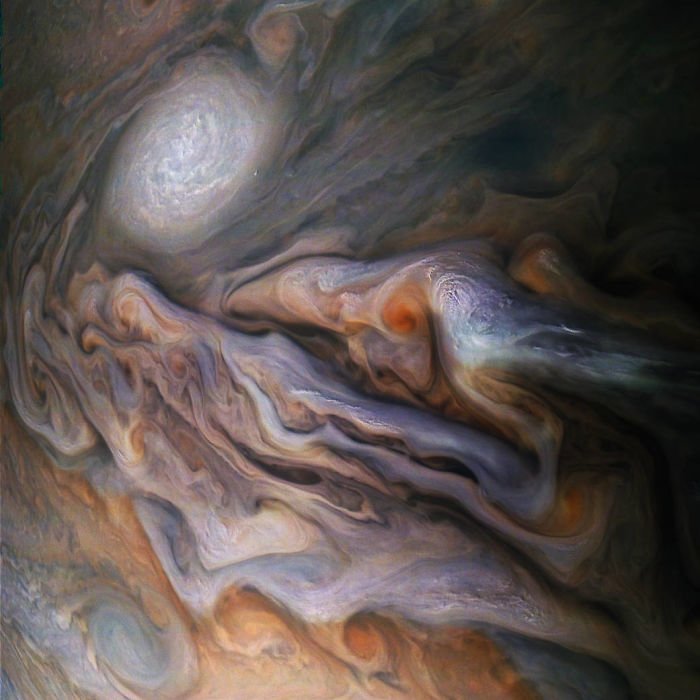 This image shows a multitude of swirling clouds in Jupiter’s dynamic North North Temperate Belt. There are many bright-white “pop-up” clouds as well as an anticyclonic storm, known as a white oval. 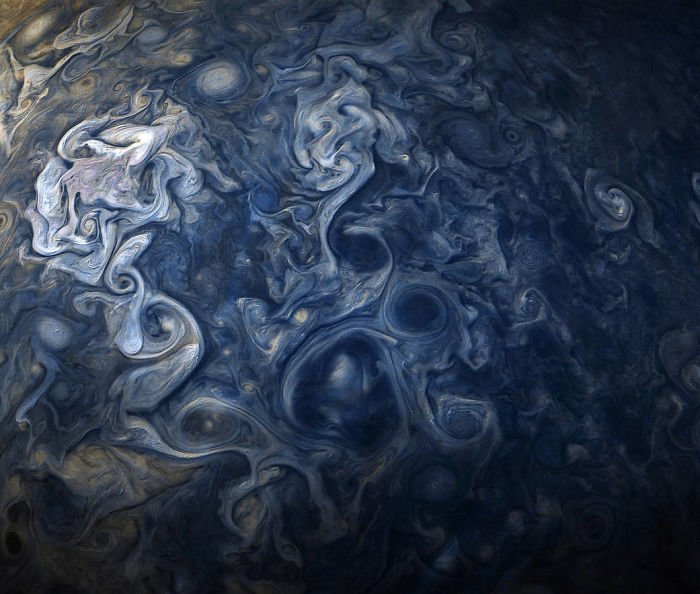 This is Jovian clouds in striking shades of blue with a new view. 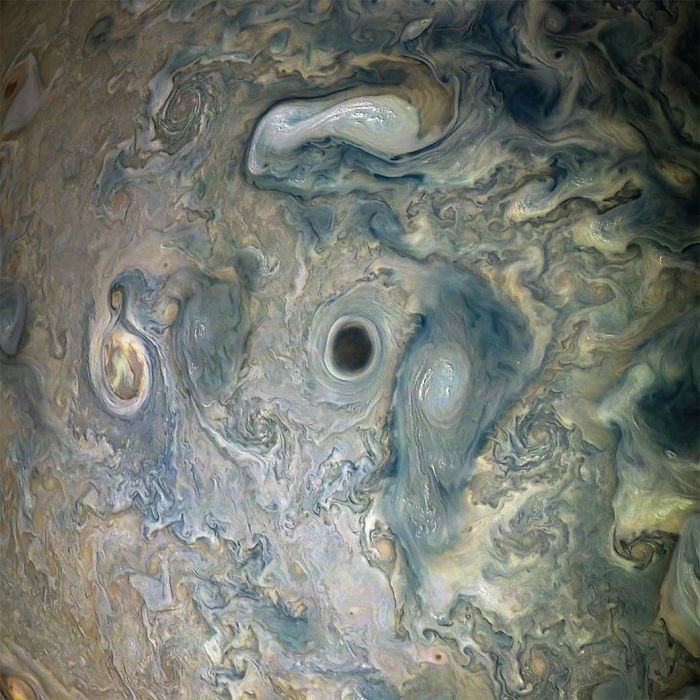 NASA’s Juno spacecraft captured this view of an area within a Jovian jet stream showing a vortex that has an intensely dark center.

Jupiter’s volcanically active moon IO casts its shadow on the planet in this charming image. It is like solar eclipse on the Earth. 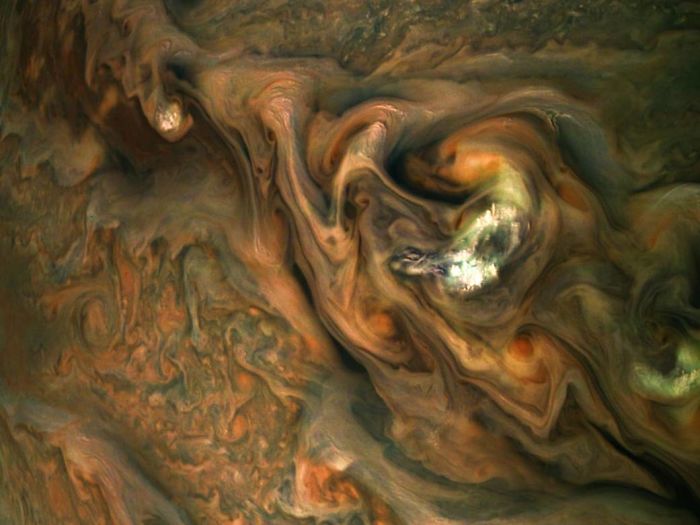 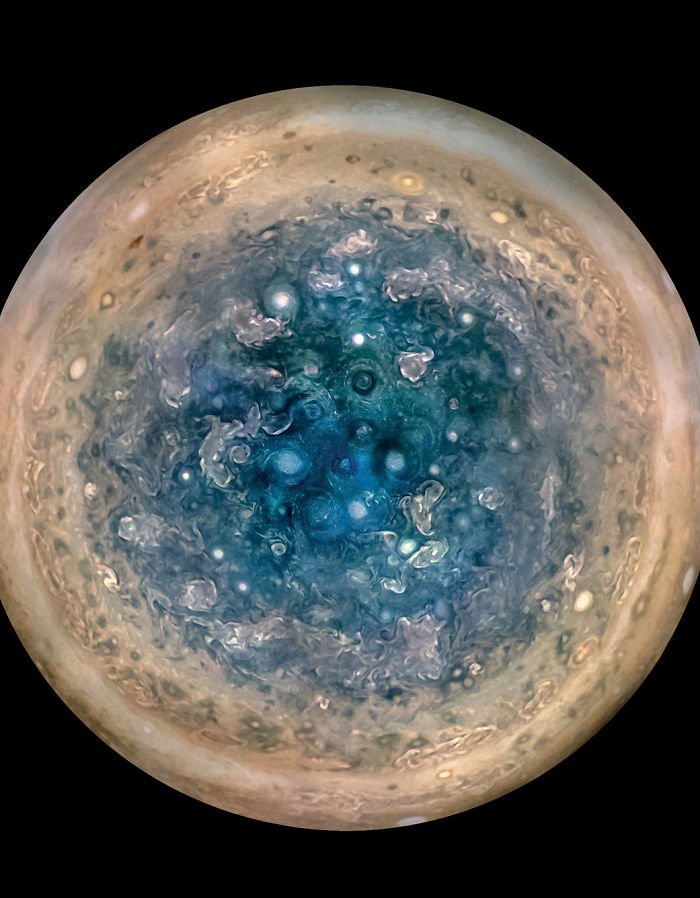 This image shows Jupiter’s south pole, captured by NASA’s Juno spacecraft from an altitude of 32,000 miles (52,000 kilometers). The oval features are cyclones, up to 600 miles (1,000 kilometers) in diameter. Multiple images taken with the JunoCam instrument on three separate orbits were combined to show all areas in daylight, enhanced color, and stereographic projection. 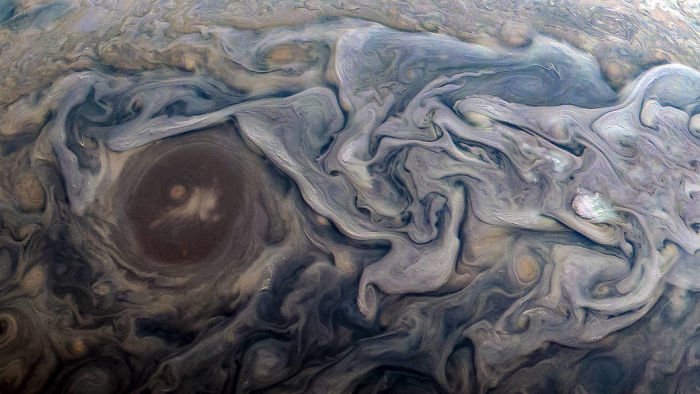 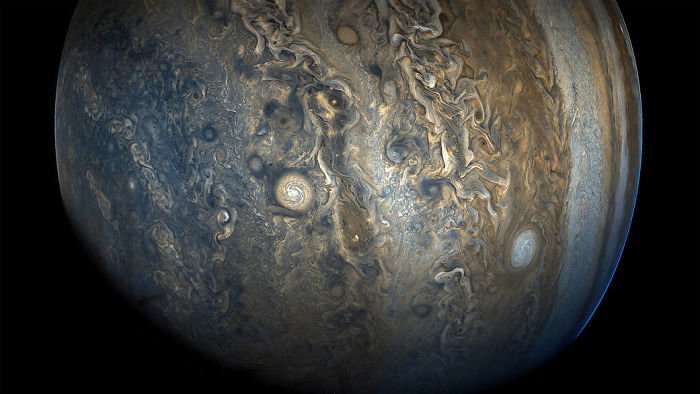 This image shows Jupiter’s southern hemisphere in beautiful detail. The color-enhanced view captures one of the white ovals in the “String of Pearls,” one of eight massive rotating storms at 40 degrees south latitude. 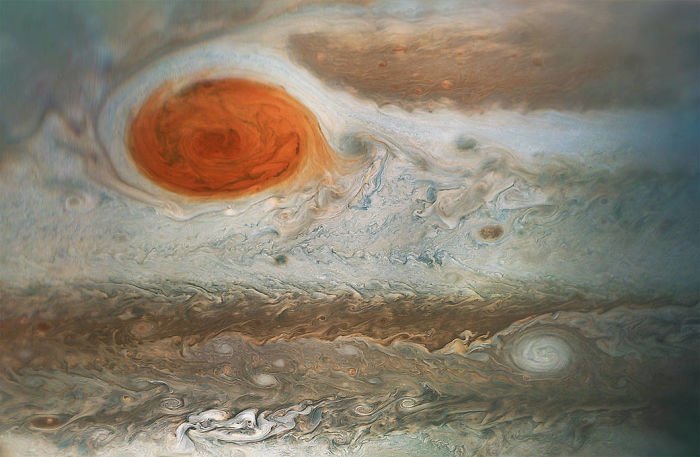 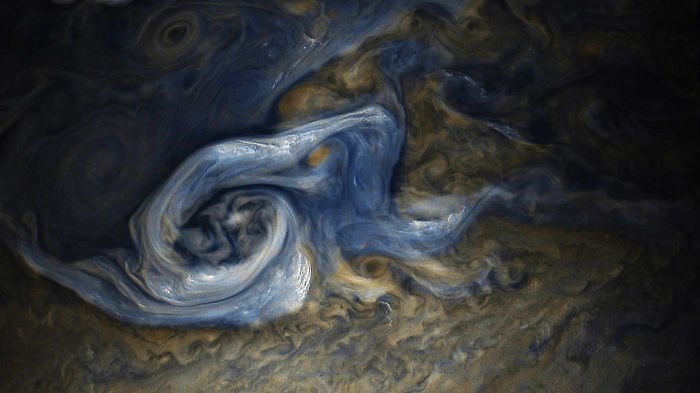 This color-enhanced image of a massive, raging storm in Jupiter’s northern hemisphere was captured by NASA’s Juno spacecraft during its ninth close flyby of Jupiter

Small bright clouds dot Jupiter’s entire south tropical zone in this image acquired by JunoCam on NASA’s Juno spacecraft on May 19, 2017, at an altitude of 12,858 kilometers. Although the bright clouds appear tiny in this vast Jovian cloudscape, they actually are cloud towers roughly 50 kilometers wide and 50 kilometers high that cast shadows on the clouds below. On Jupiter, clouds this high are almost certainly composed of water and/or ammonia ice, and they may be sources of lightning. 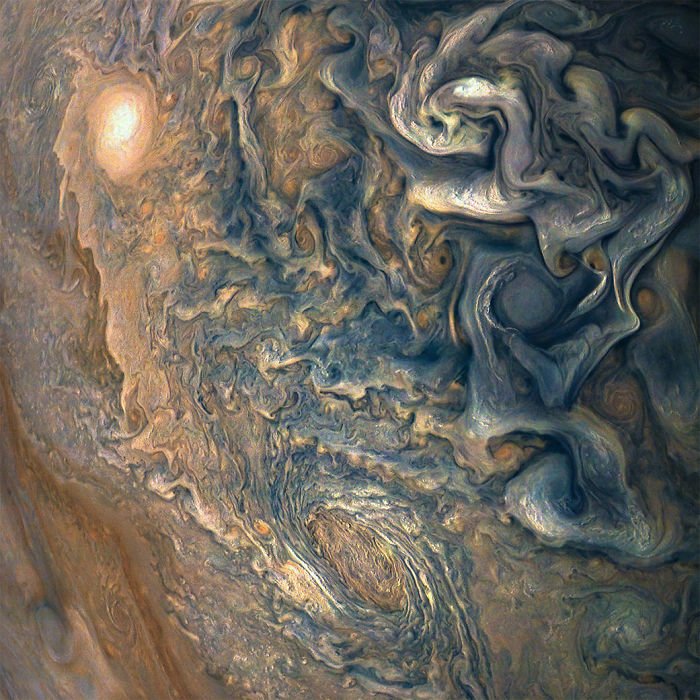 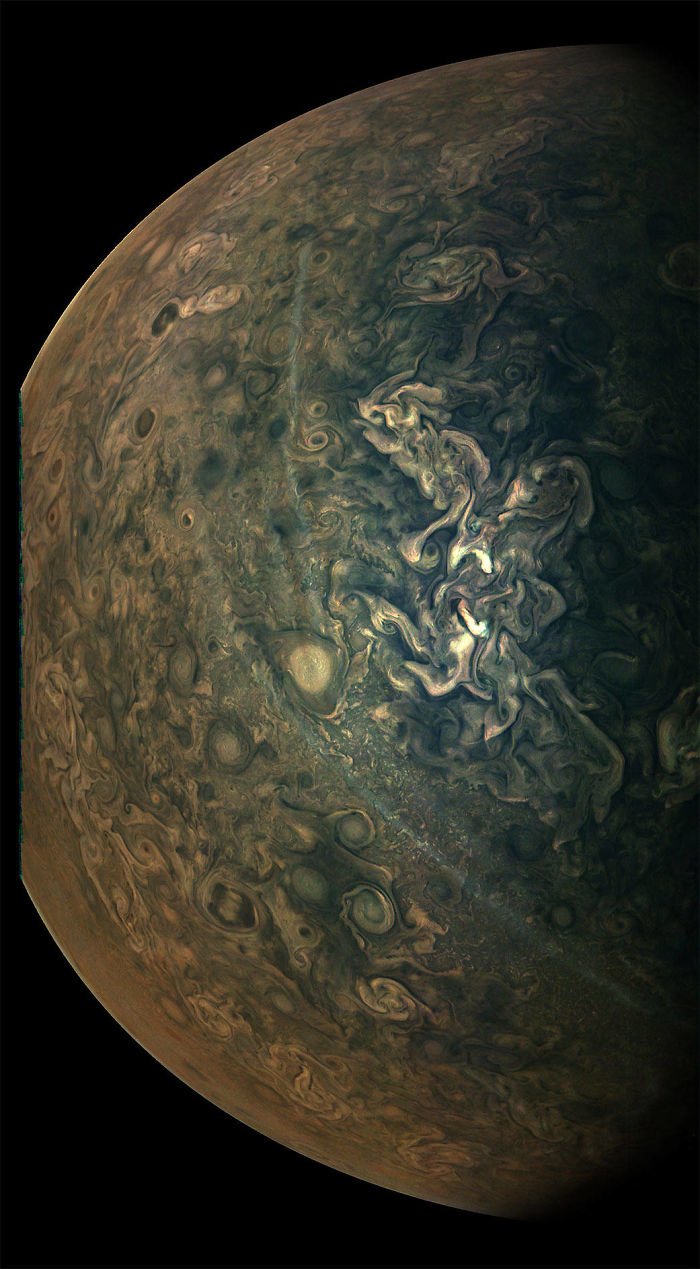 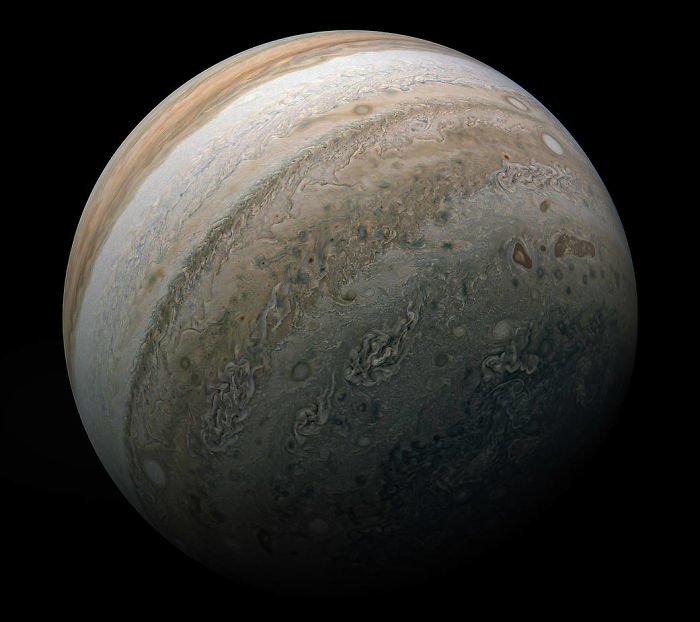 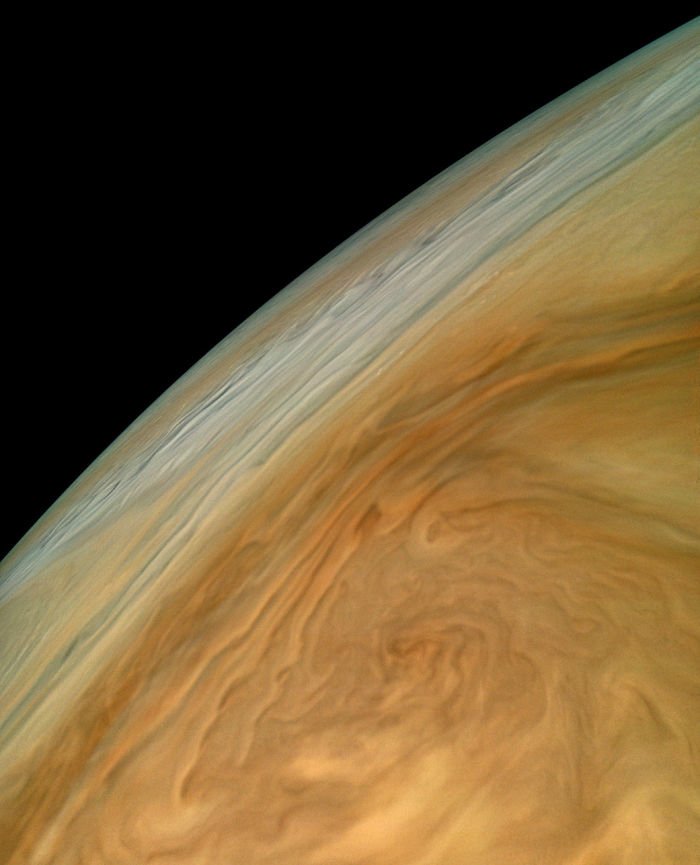 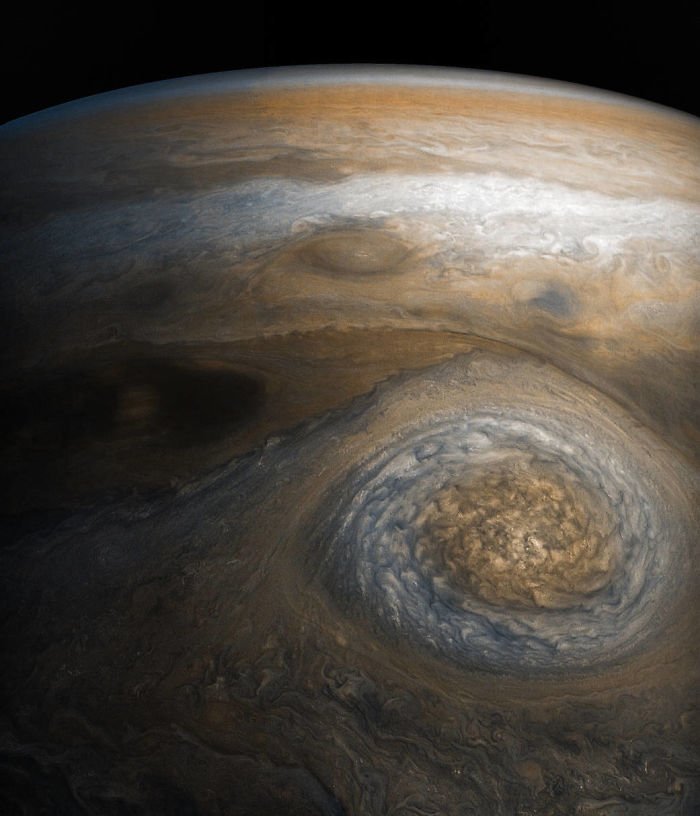 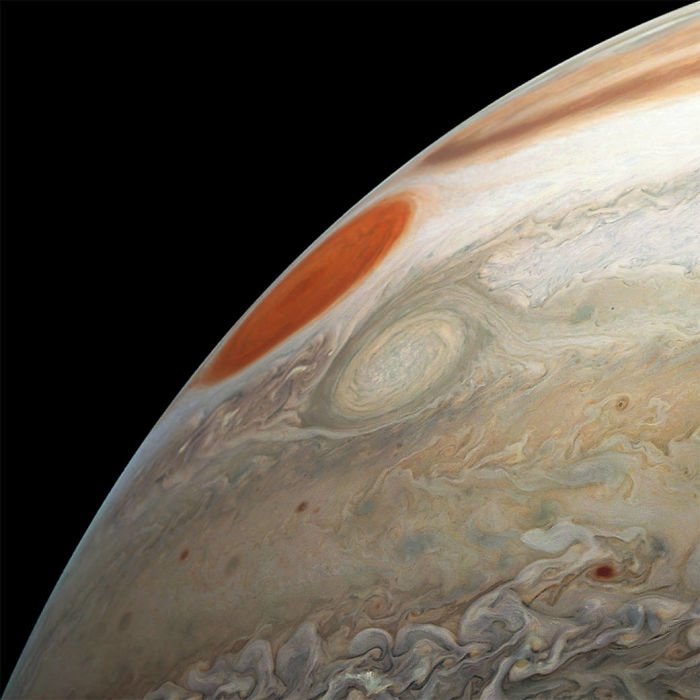 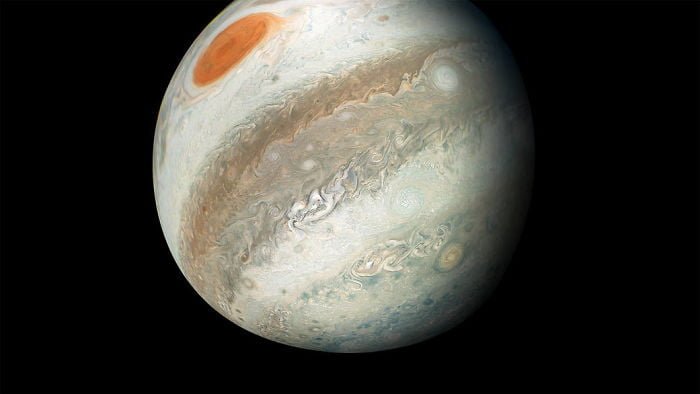