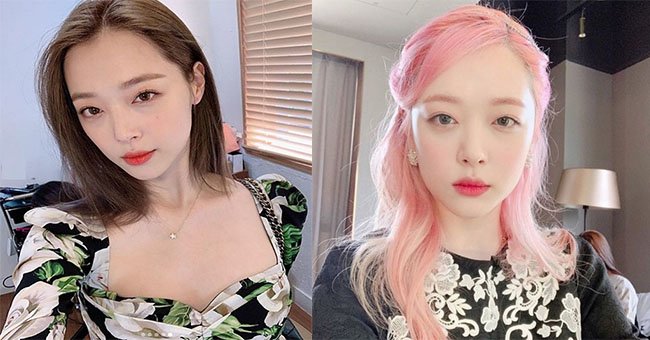 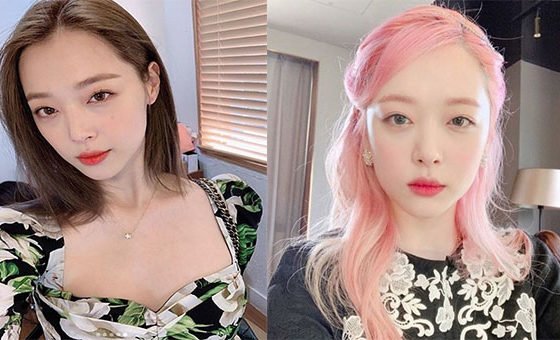 The K-pop star and actress Korean Choi Jin-Ri know as ‘Sulli’, and former member of group f(x), was found dead on Monday 14, Octobre at the age of 25 in her home.

Sulli’s manager found her body after he visited her home in Seongnam because she wasn’t answering phone calls for hours, Seongnam police said, adding that Sulli had been experiencing severe depression.

Kim Seong-Tae (an official from the Seongnam Sujeong Police Department) said to AP, “The investigation is ongoing and we won’t make presumptions about the cause of death,” also said there was no sign of foul play or a suicide message, and security camera footage at Sulli’s home did not show any signs of intrusion.

Due to recent events i’ll be putting on hold my upcoming activities. Sorry everyone.

Thank you for your thoughts.

Sulli, she started in the entertainment industry as a child actress before she joined SM Entertainment as a trainee, and eventually debuted as a singer in f(x) in 2009, which achieved domestic and some international success. She left the group in August 2015 to focus on her acting career.

She appeared in many movies like, “Hotel del Luna” and “To The Beautiful You”… and she became a host on variety shows like “Night of Hate Comments” where celebrities discussed their experiences with online abuse. Sulli returned to music to release a song about a dissociative disorder called “Goblin” on this summer, which has also been called multiple personality disorder.

Her recent Instagram videos have shown her crying and saying, “I’m not a bad person.”

”i’m not a bad person. why are talking bad about me?”

idols are humans too, they have feelings and we really don’t know what thoughts go through anyones heads, they could be going through so much yet not show it. sending prayers#Sulli pic.twitter.com/cB4jhyl9lW

Please don’t share anything about #Sulli is crying. Let’s remember her with her beautiful smile.

“My life is actually empty, so I feel like I’m lying to everyone by pretending to be happy on the outside.“
“I told the agency I was exhausted but no one listened to me. I felt like I was alone .”
“Don’t be too hard on me, I’m not a bad person.”
RIP #Sulli 💔 pic.twitter.com/MMc2EYJKIG

This is the most heartbreaking video…she’s look so soft ,beautiful and in peace …plz stop hate ..if anyone feel un ok tell anyone ..even me if I can help and I will don’t ever Alone 💔😢🙏..RIP #Sulli pic.twitter.com/jJ8LDN8pmP

Sulli looked happy and ‘okay’ in her last photoshoot yesterday. We really CAN NOT guess whats happening on anyone’s mind.

i hope she finally found peace up there. #RIPSulli 🌹pic.twitter.com/Gno3biHthQ

If you are thinking about suicide or just need to talk to someone, call the National Suicide Prevention Lifeline at 1-800-273-8255 (TALK) and or by texting HOME to 741741, the Crisis Text Line. You can find a list of additional resources at SpeakingOfSuicide.com/resources.

YouTuber And Makeup Artist NikkieTutorials Comes Out as Transgender