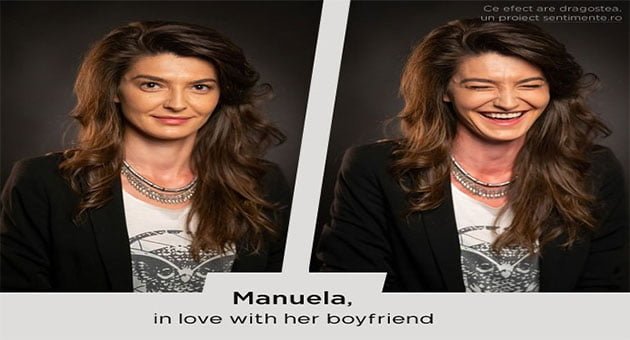 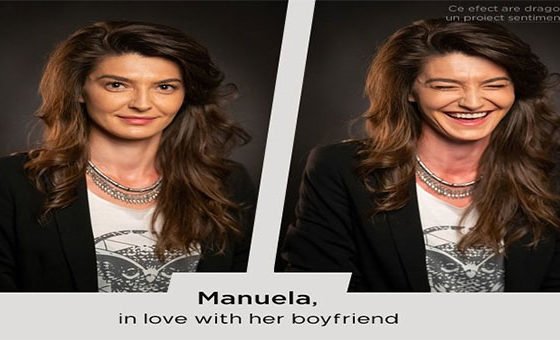 Everyone has their own look at what “true love” is, to find that look just ask many different people about what they love and you will see that. Dating website Sentimente decided to see the effect that love has on us and organized a “surprizing” photoshoot.

So they invited a handful of people were selected for the photoshoot and the only thing the people knew was that they’d get their portrait taken. The thing that they did not know the participants is if someone was in front of the camera, the organizers surprised them with a video message from their loved one of each participant: a husband or wife, a boyfriend or girlfriend, a best friend, kids, even their pet. After playing the video, expressions turned depressed faces into bright smiles and they started laughing with joy. At the end of this experiment, they received adorable pictures before and after receiving this message.

The effects of love on people 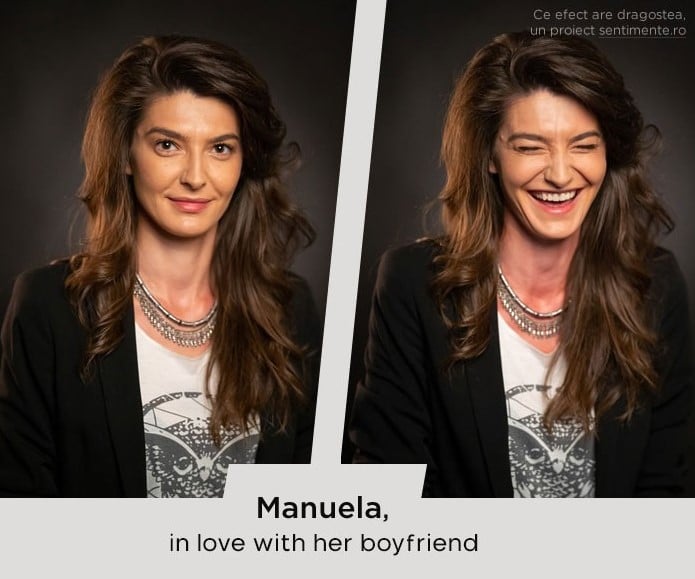 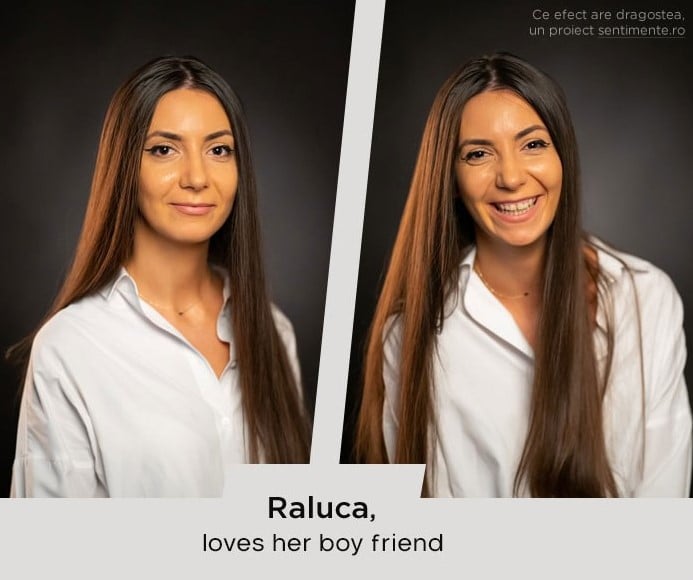 In an interview with Bored Panda, Mihnea Ratte, the photographer that took the pictures, said that “the aim of the project was to show that love is a feeling that makes us better.” adding “Everyone was invited for a photoshoot and after they got their first portrait taken, we asked them to look at the table above my camera,” he explained. “On the tablet, we played a video of their loved ones who said ‘I love you.’ If it was a video of a pet, it was doing something nice.” 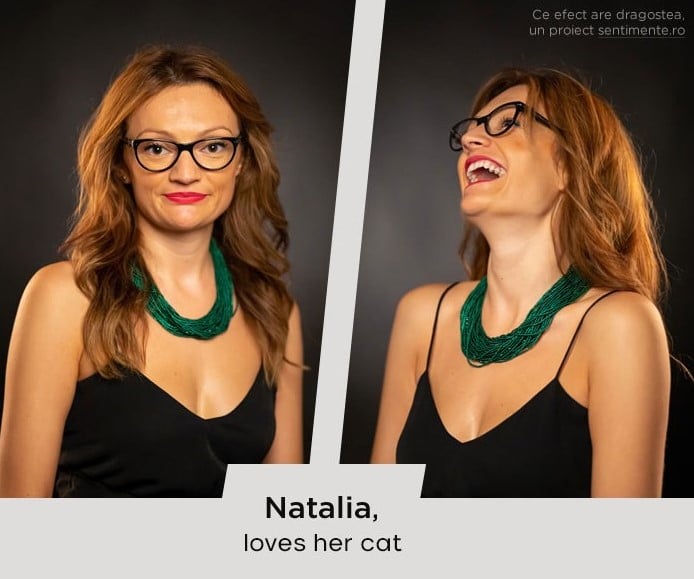 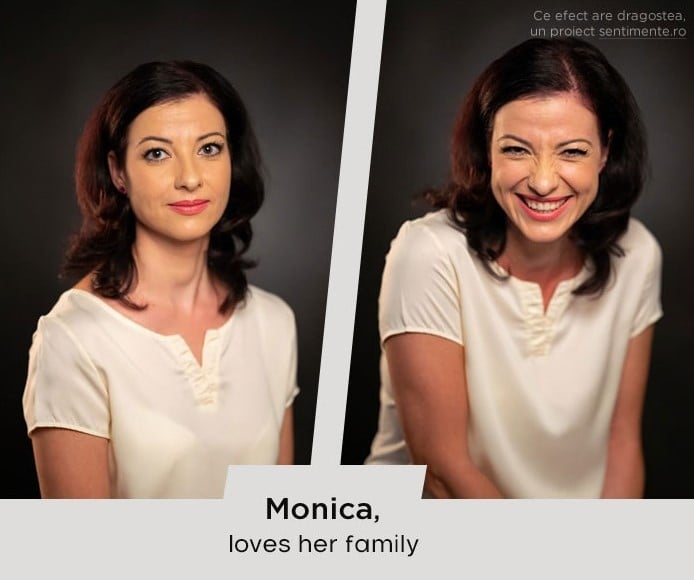 “[The models] had no clue what was going to happen,” Mihnea added. “That’s what got the reactions.” The main thing the photographer took away from the experiment was the understanding that love is evident in people’s entire bodies. 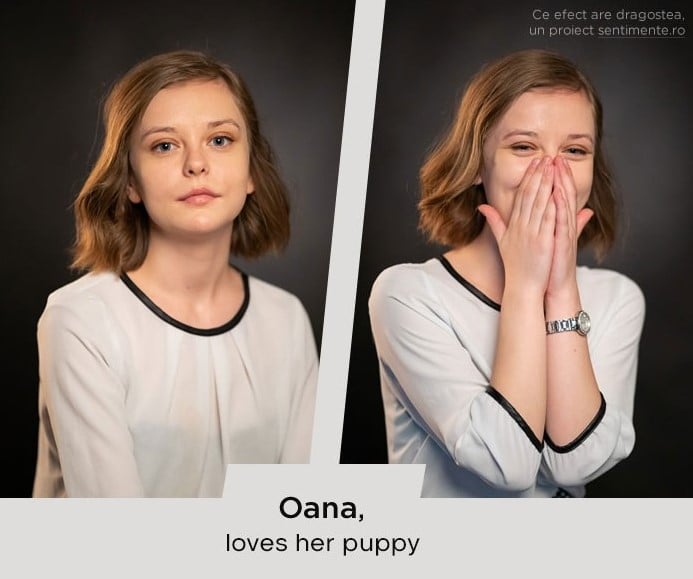 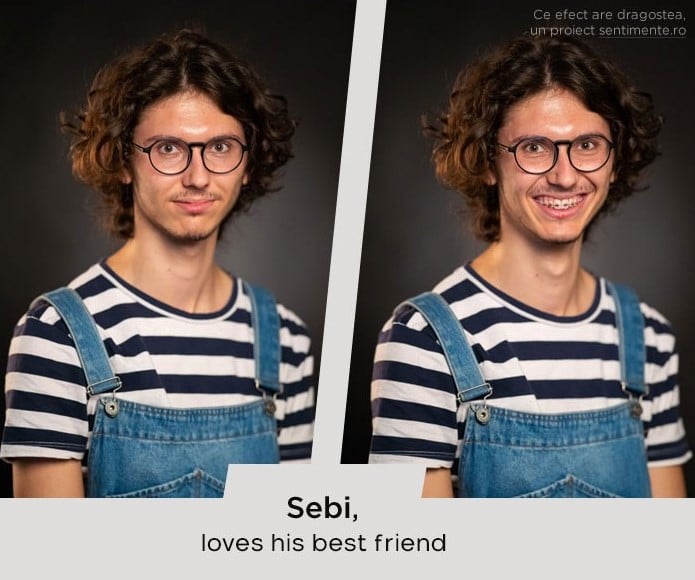 According to Mihnea Ratte, the participant had no clue what was going to happen and that’s how he got the reactions. For the photos, he chose a warmer color temperature, to highlight how cozy and loved everyone was feeling. 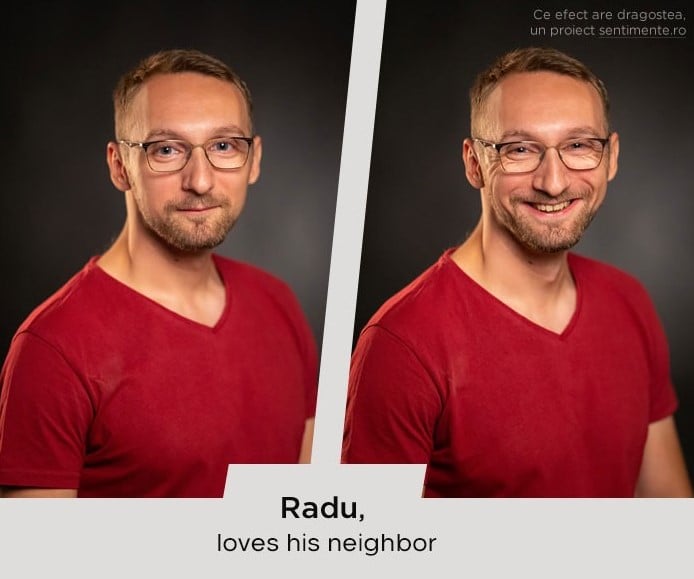 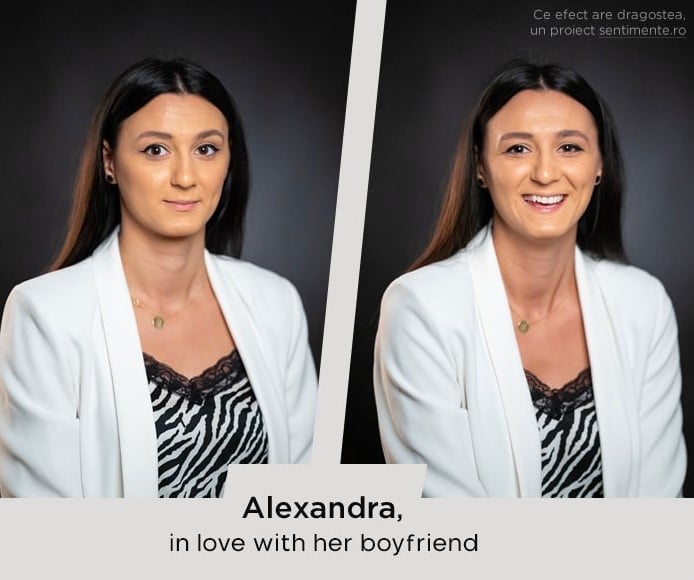 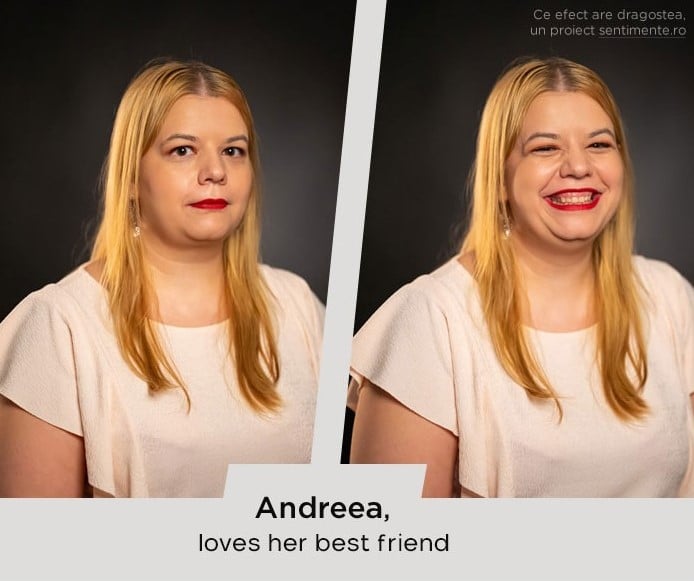 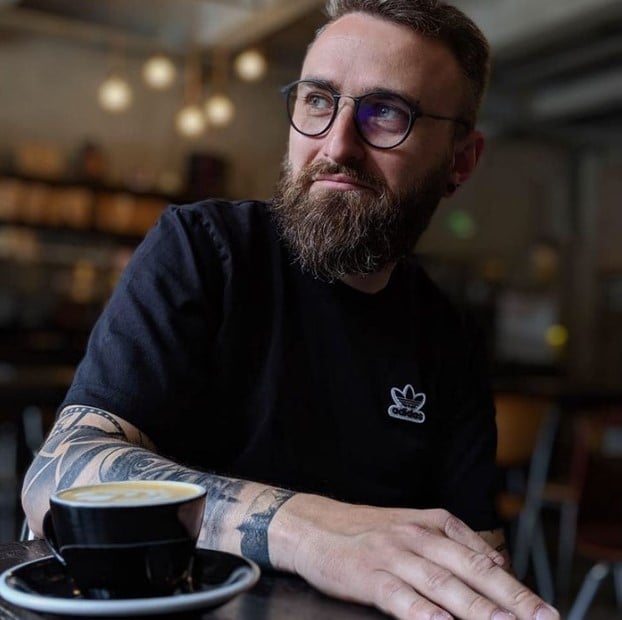 “At first, I didn’t believe it can be done with a camera pointed at them. However, after shooting the first two models I understood that it’s possible. And not because of me or my gear. It was all about what they felt.”

Check out the “making of” video below!

Related Topics:ExperimentPhotographytrue love
Up Next