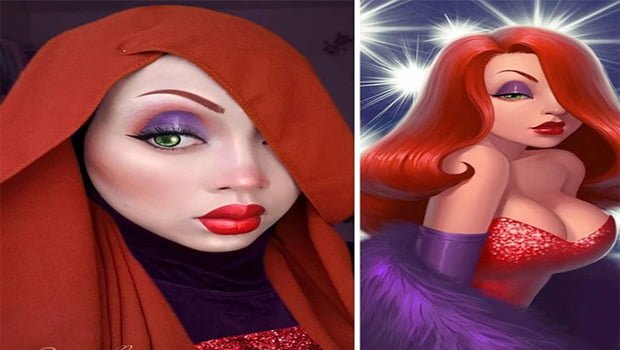 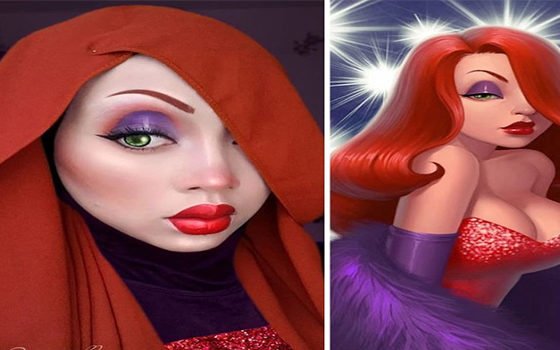 Malaysian Muslim makeup artist Saraswati known also as Queen of Luna. The Young woman came up with a creative way to become movie and Disney characters like Elsa, Jasmine, Hermione (Harry Potter), Harley Quinn, Princess Fiona (Shrek). She not only creates great makeups but also incorporates her hijab into all of each look and make it to resembles several hairstyles, and Saraswati also keen that her hijab’s color completely matches the characters’ hair color and also she wears jewelry and clothing to complete each look and in the end results are absolutely amazing.

Saraswati told before to Rojak Daily that she found her passion for makeup transformations when she started trying with the art form in 2008. Her first character she ever turned herself into was The Joker from “The Dark Knight,” She adding “I am both a Muslim woman and a geek, It just goes to show that hijab-clad Muslim women can also be artists. I just hope that [people] do not think wearing a hijab is limitation. It really doesn’t change anything.”

Also the company Dolce and Gabbana previously announced that they’re going to manufacture a line of hijabs and abayas. Saraswati’s skills and creativity has collected on her Instagram over 400k followers who eagerly look forward to her latest look.

See Queen of Luna’s transforms herself into cosplays with her hijab in the gallery below and don’t forget to open the next page to see more and leave us a comment! 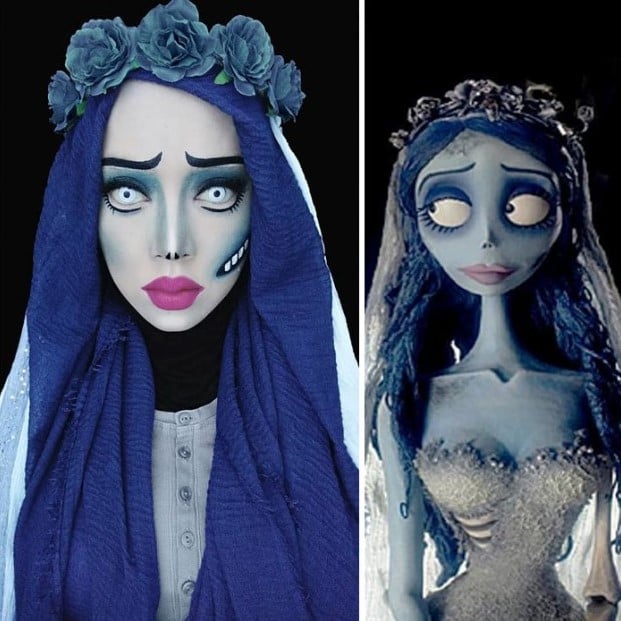 ‘open the next page to see more’

This Guy Justifies The Worst Construction With Hilarious Captions (30 Pics)

17 Teachers That Took Cheating Prevention To A High Level