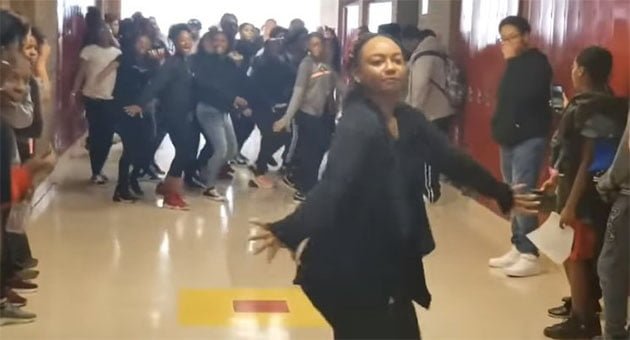 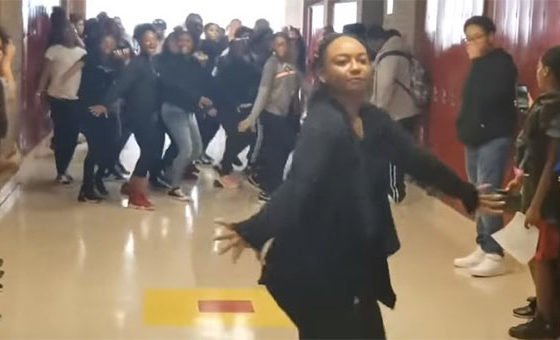 SOUTHFIELD, Mich. (WTGS) — A Michigan teacher is going viral after she led a group her students, and also most of the students the school down the halls of Birney K-8 School dancing, on a flash-mob-dance of Micheal Jackson’s “Thriller”. Just in time for Halloween

According to School, the dance teacher, Jennifer Hawkins, started going down the school’s main hallway with her students behind her. As the music started to play, Jennifer and the students, stay completely on the beat.

The originally video was posted on Youtube and then on twitter by OJ Spivey. Since being posted to Twitter last Sunday, it has collected over 3.50 million views and more than 100,000 likes.

The Undisputed Teacher of the Year. pic.twitter.com/2eqLs4yF8P

When Micheal Jacksons Thriller video was released in the 1980’s, was revolutionary in is cinematography and choreography. The chilling music video scared some people while getting others up of their couch to try and mimic the creepy dance. Kudos to you Ms. Hawkins to make this amazing choreography