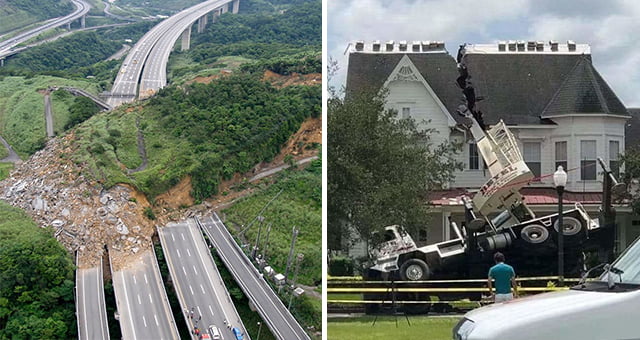 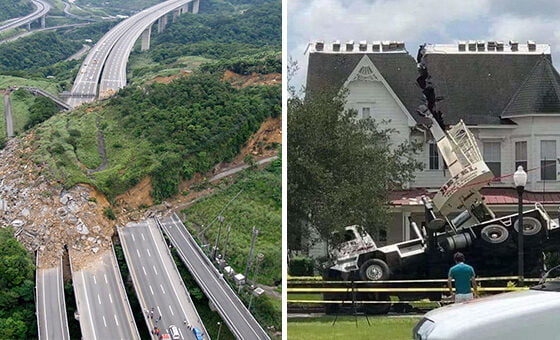 We all encounter mistakes or accidents in our life. But depends on how fatal some mistakes are, sometimes can be more expensive. Although there are preventive measures, we still make mistakes and we cannot do anything about it, this is life.

The subreddit ‘That Looked Expensive’ has many painful mistakes that cost millions of dollars to fix it. Every day people make mistakes that even can your house completely split into two!

#1 That car became the perfect doorstop for tailgating the bus. 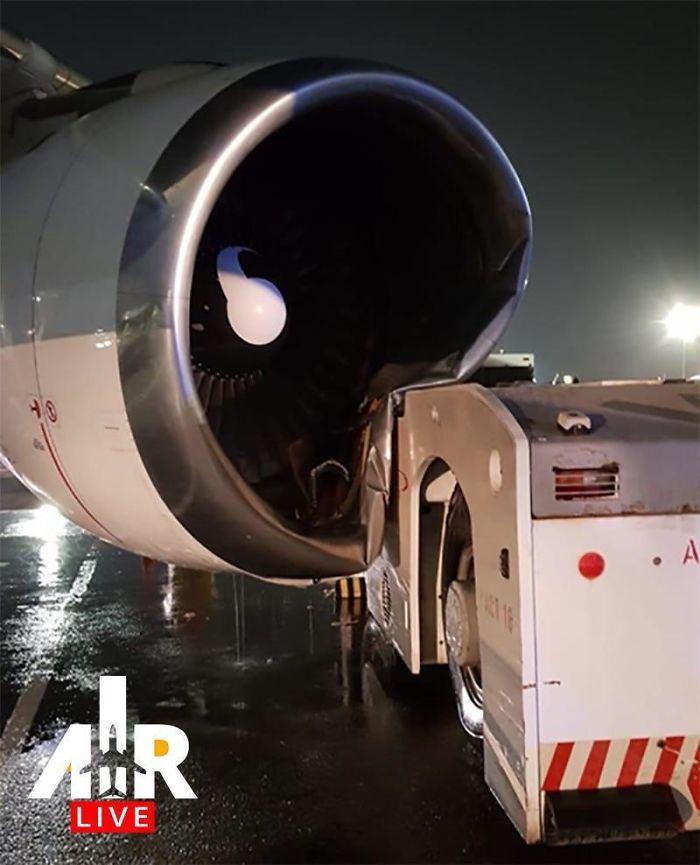 #3 How these people park at the beach? 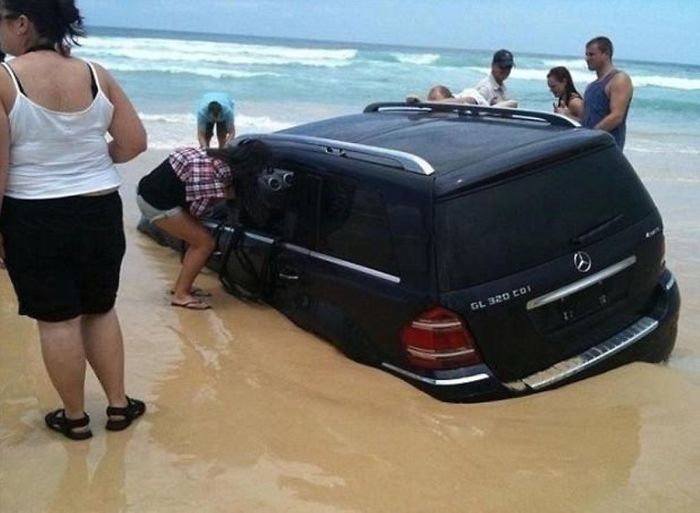 #4 The Internet will be restored in a few more years. 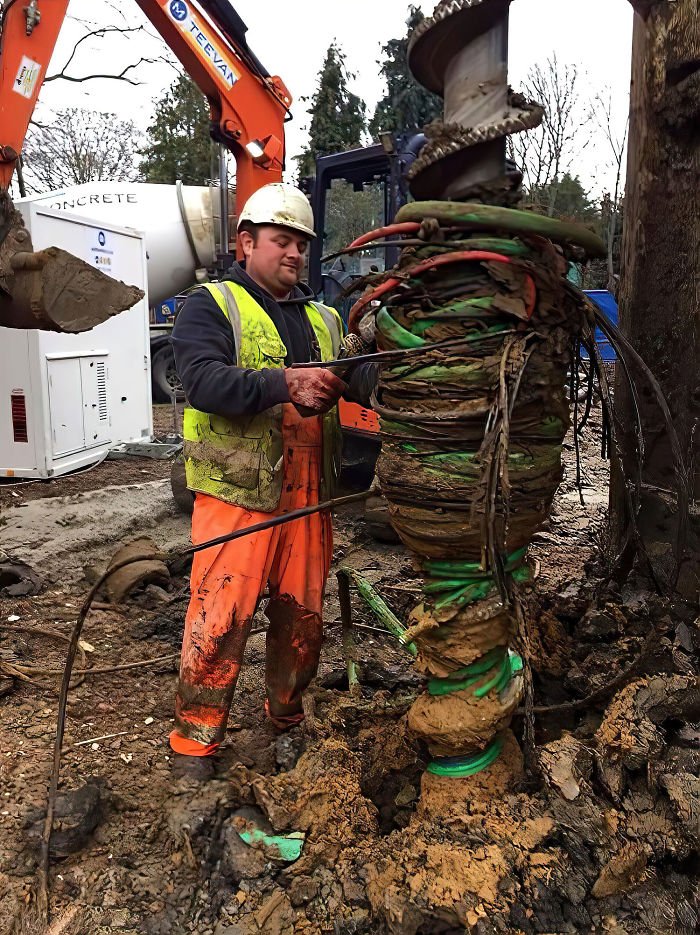 #5 Crane mishap split this Florida house into half. 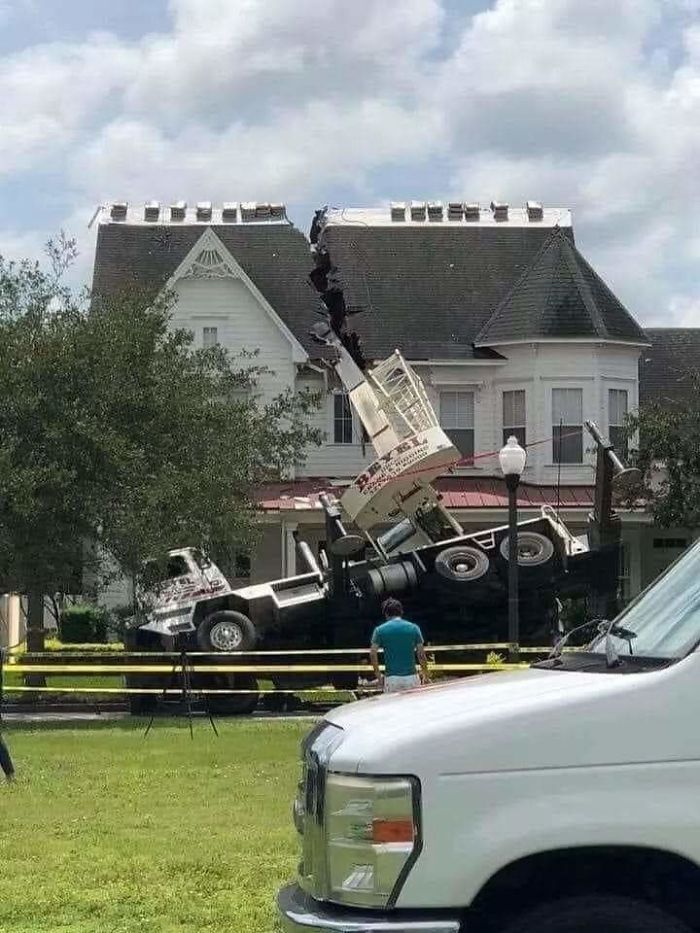 #6 Flipped an APC and then crushed a truck. 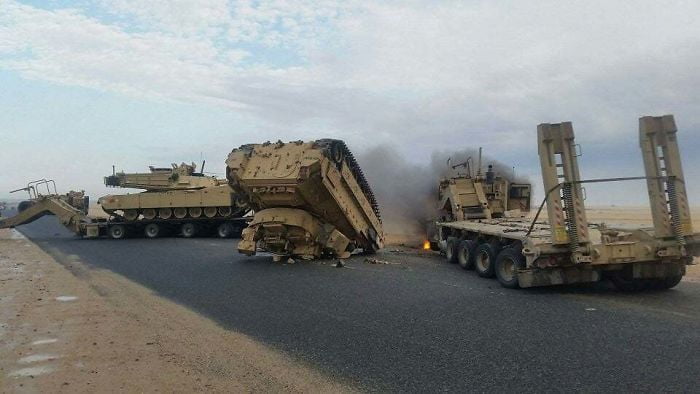 #7 Fire suppression foam was accidentally released in the hangar. 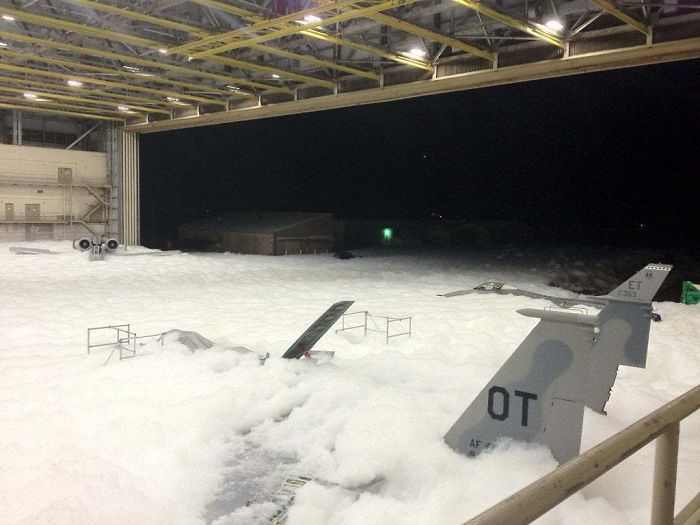 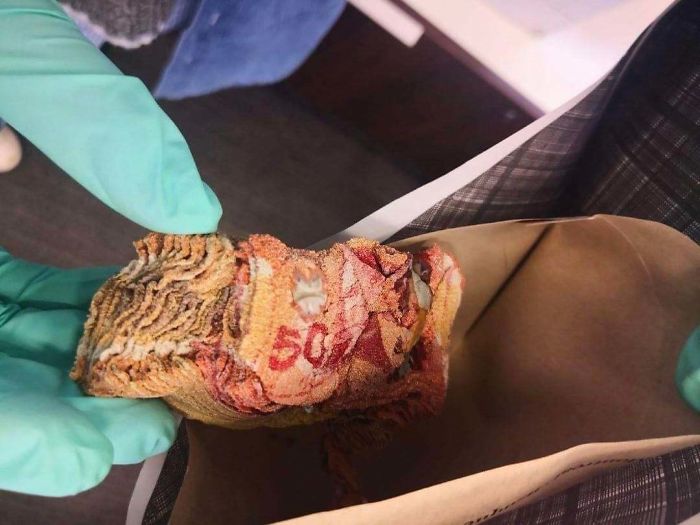 #9 You will feel better to know someone shattered this bottle of victory in Europe, Château Mouton Rothschild. It’s worth $16,000. 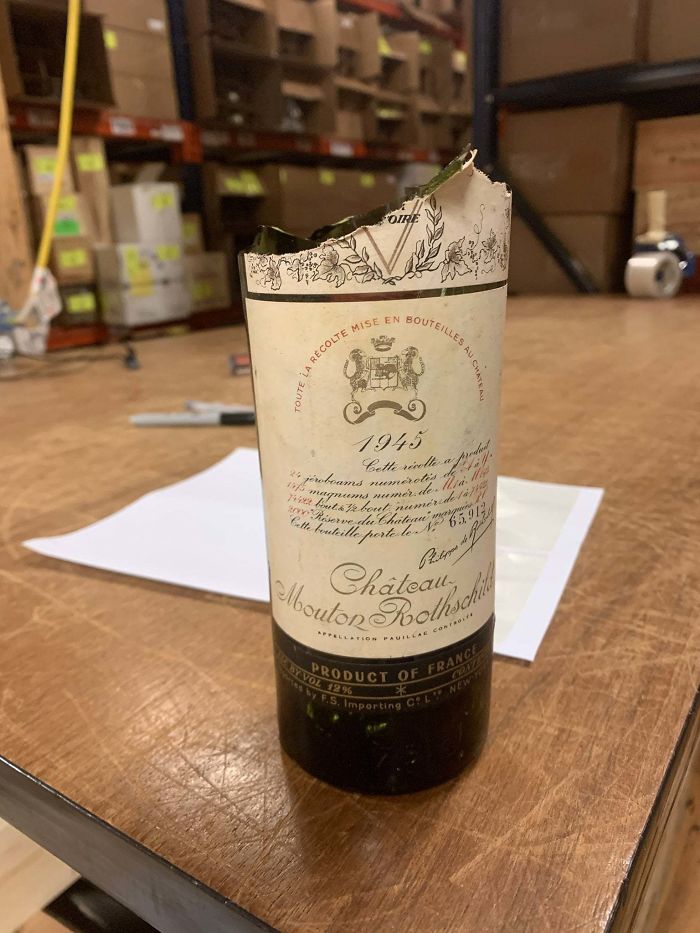 #10 Cement truck couldn’t hold it in. 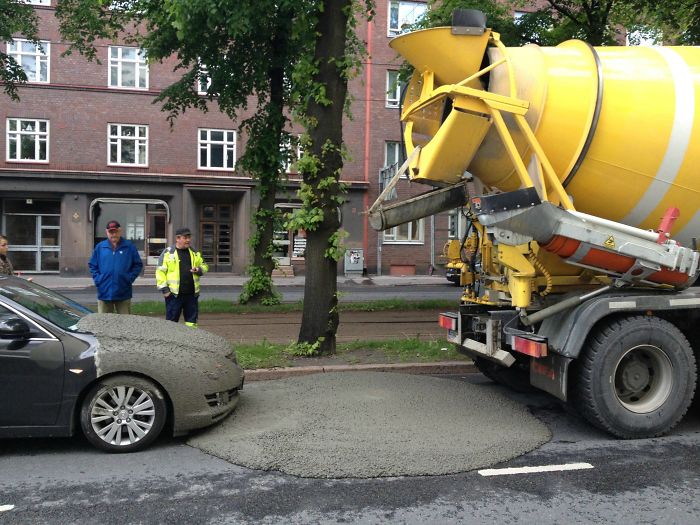 #11 These new fuselages for Boeing 737 was wrecked when a train derailed in Montana back in 2014. 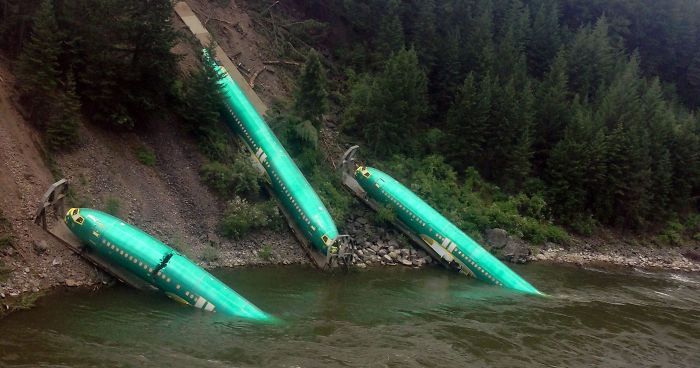 #12 This technician ‘accidentally’ fired the Vulcan cannon on the runway and hit the F-16. 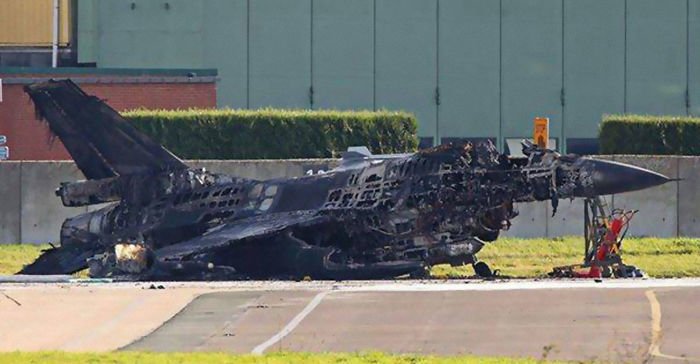 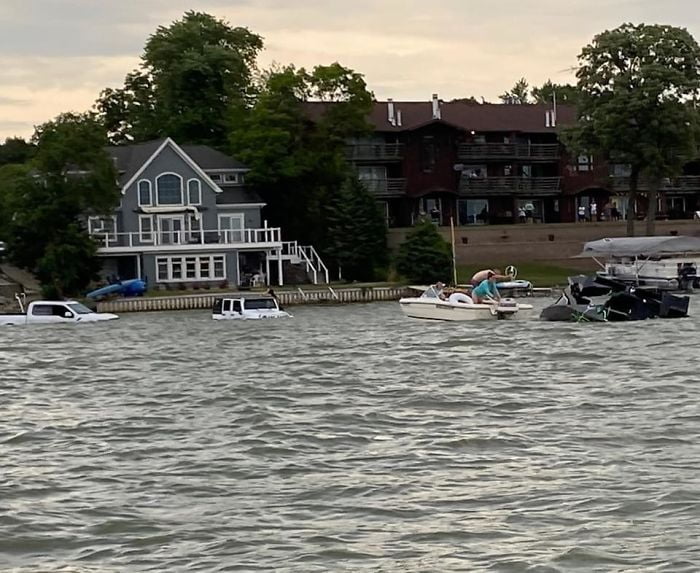 #14 The truck driver forgot to lower the dump before driving out. 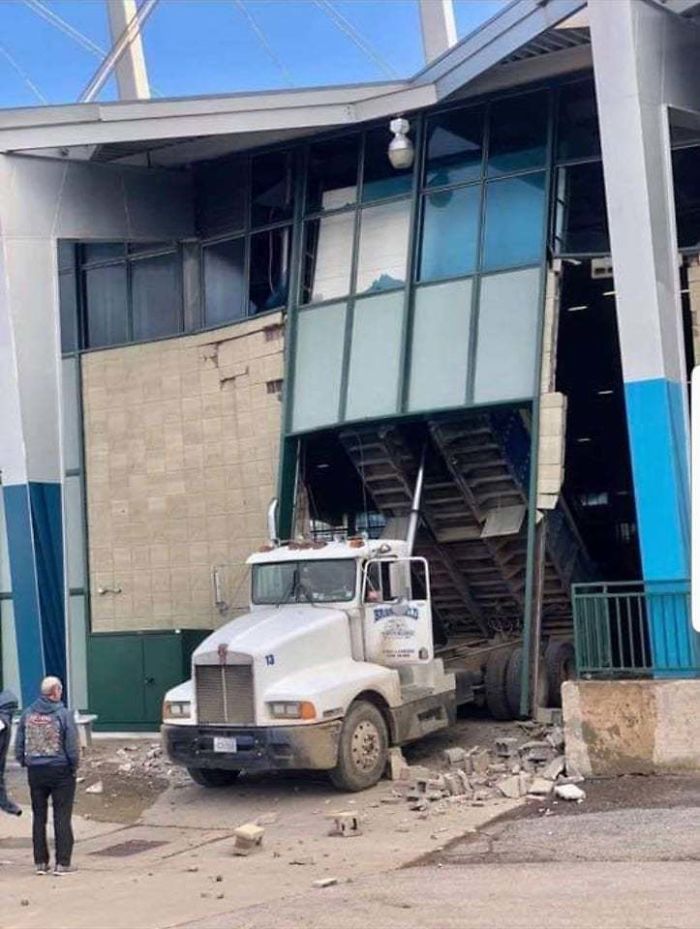 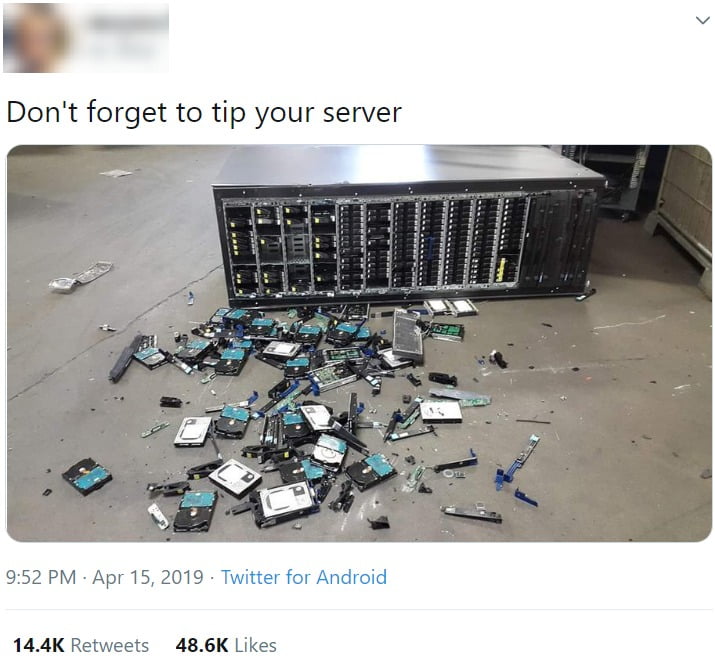 #16 A very huge landslide on a highway. 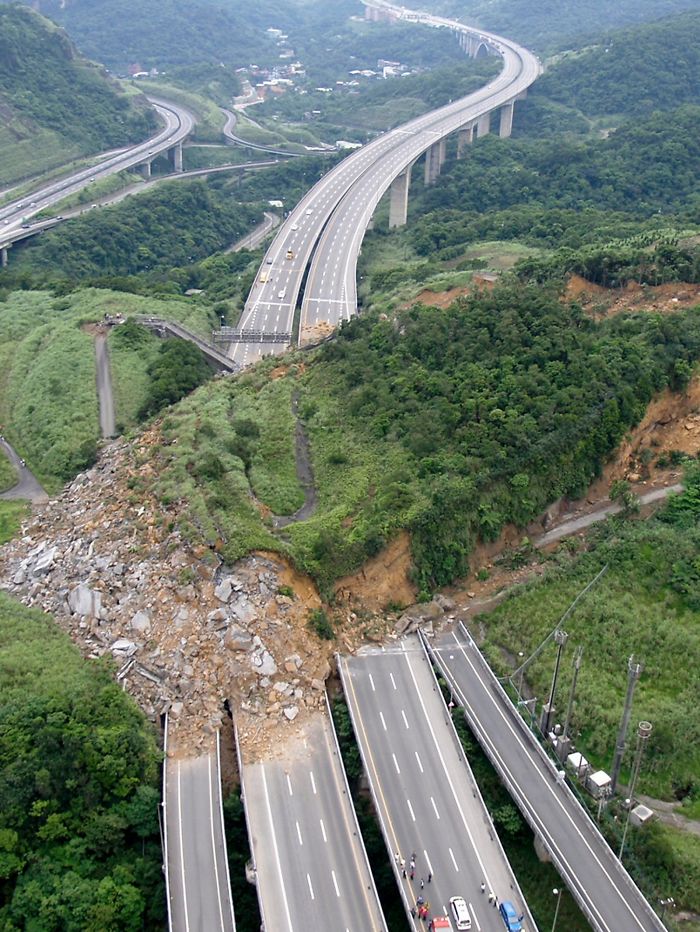 #17 This guy toppled a $290 million Noaa-N Prime satellite to the floor. 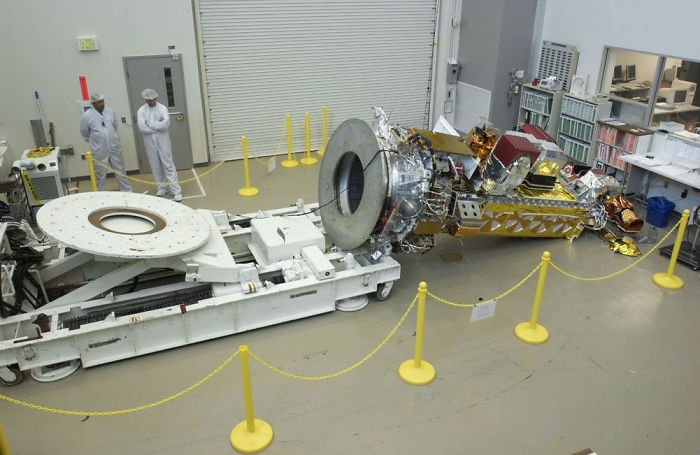 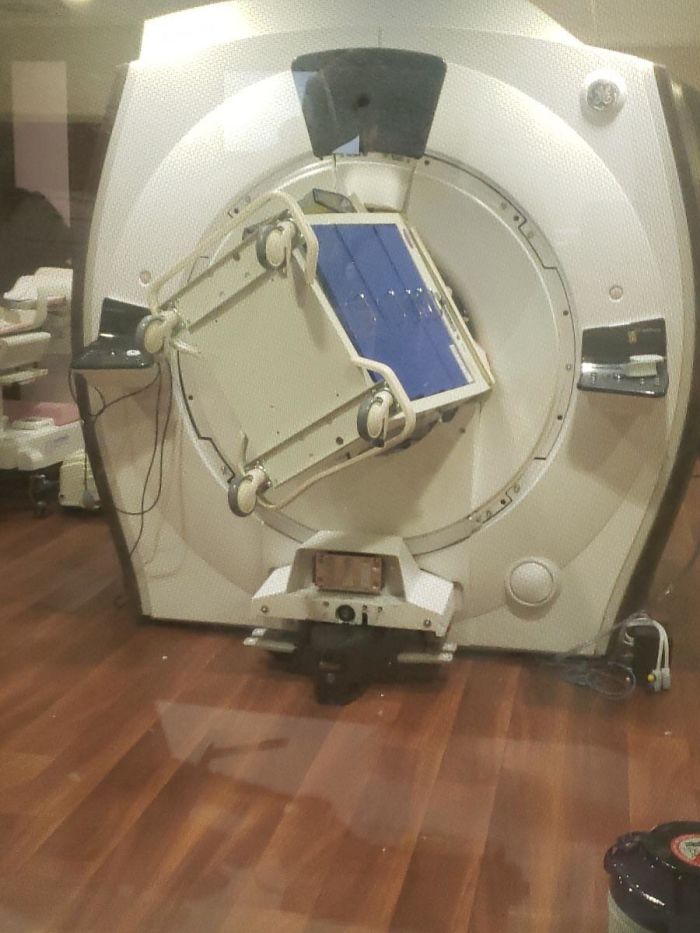 #19 Between loving your dog and your Porsche 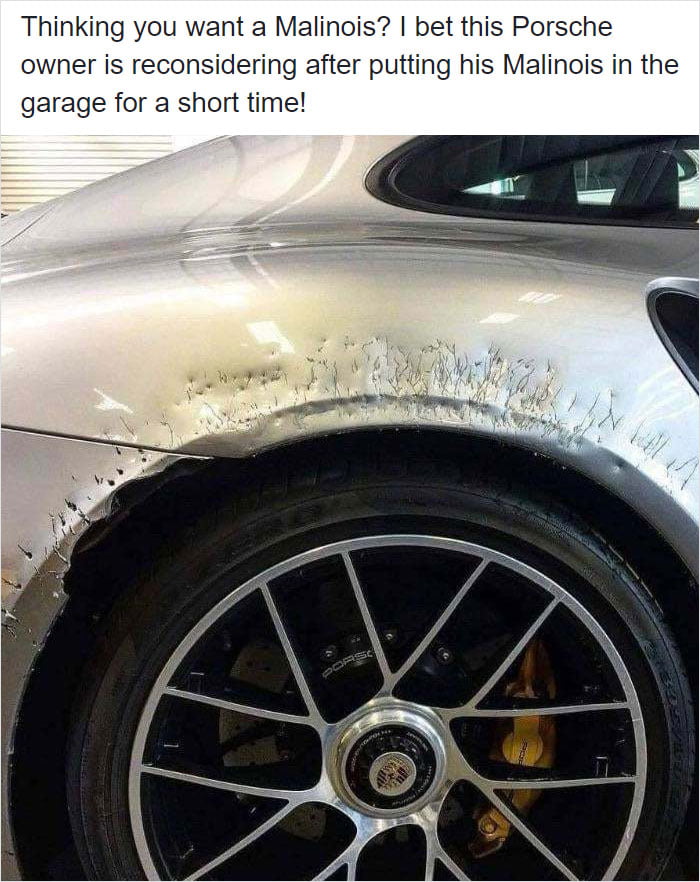 #21 Slide opened inside the airplane. 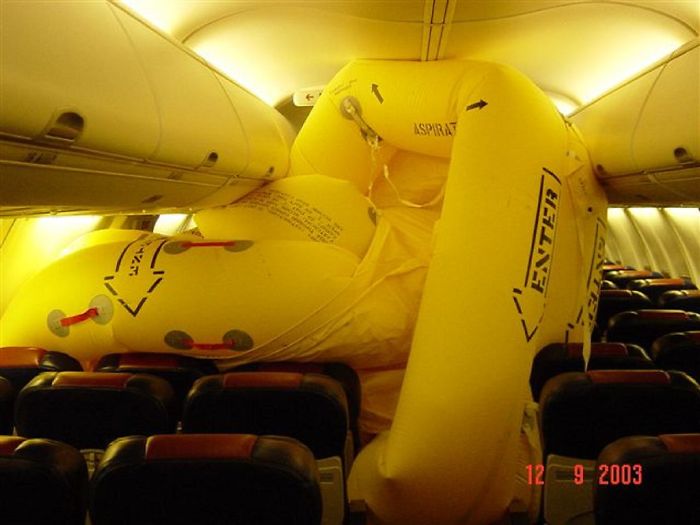 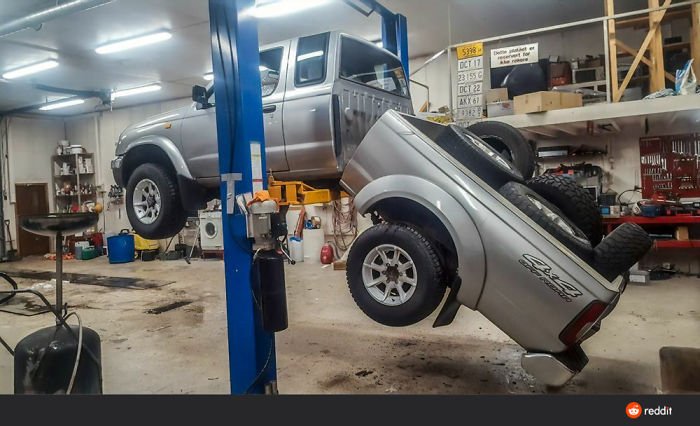 #23 Did not think that through? 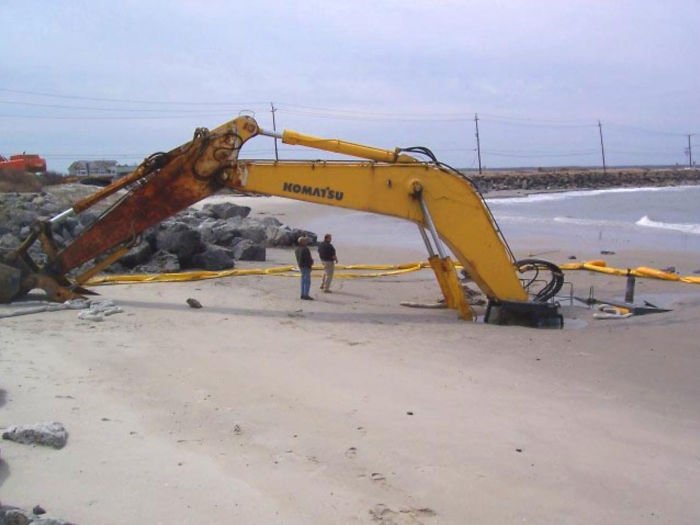 #24 This is one painful accident. 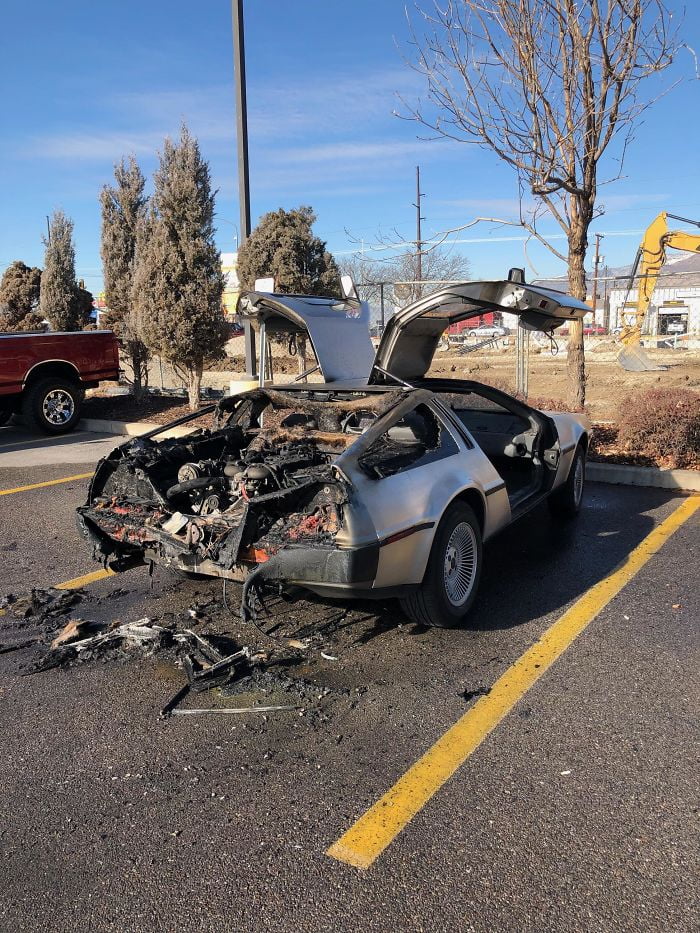 #25 When you said you need her but she said no. 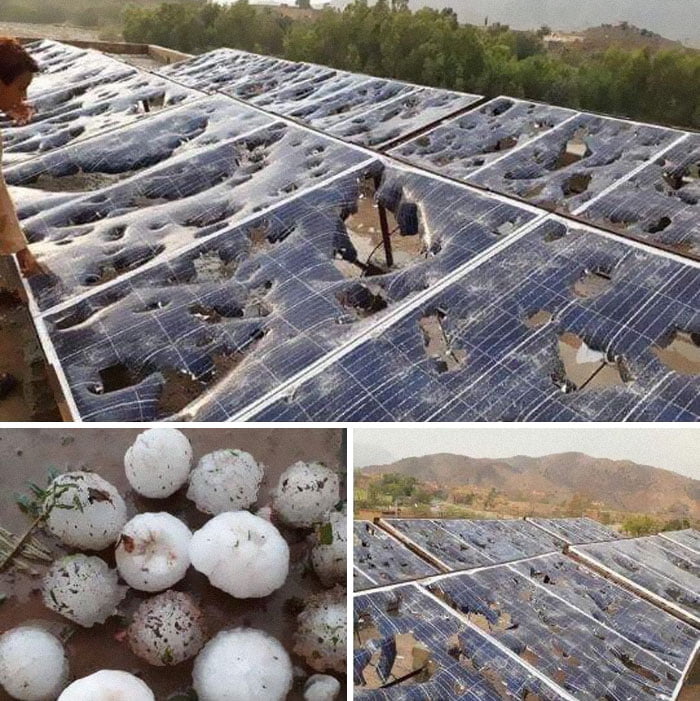 #26 Parking on top of the self-hiding garage. Panicked because the bottom car was flooded. 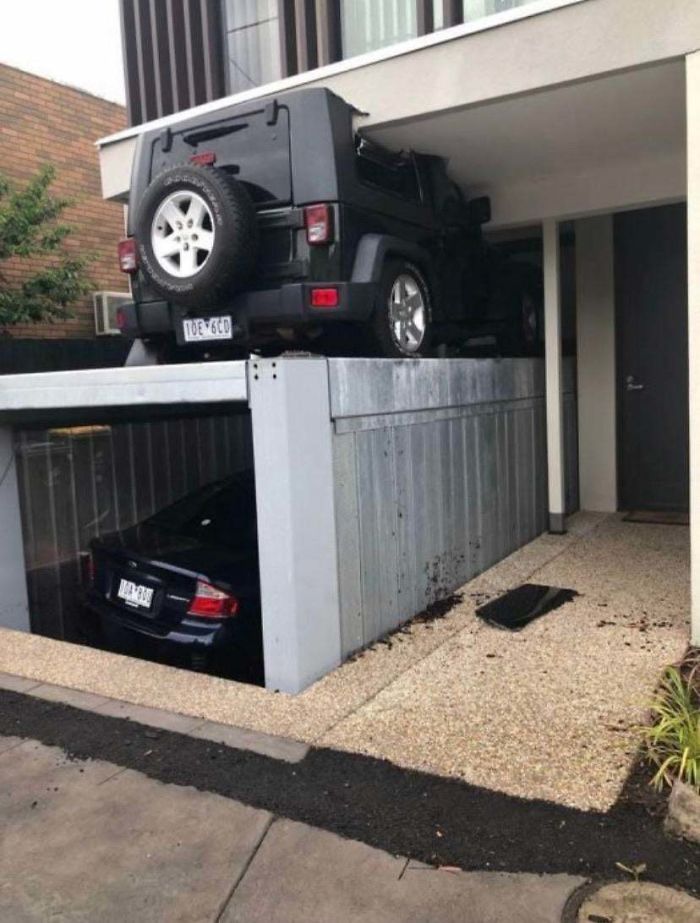 #27 The insurance companies are going to have nightmares. 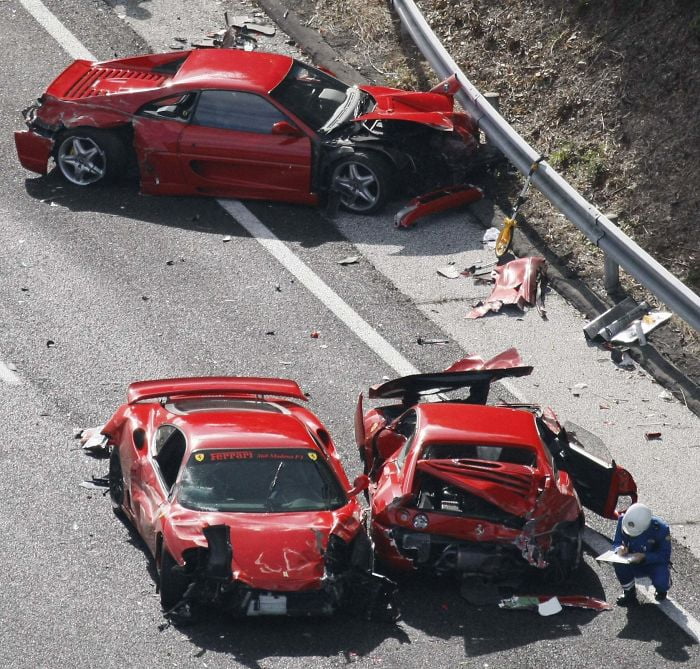 #28 These two carnival cruise ships that got too close. 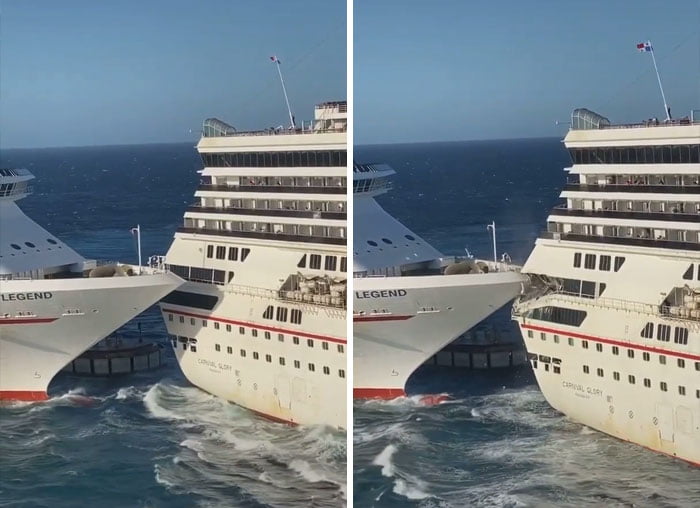 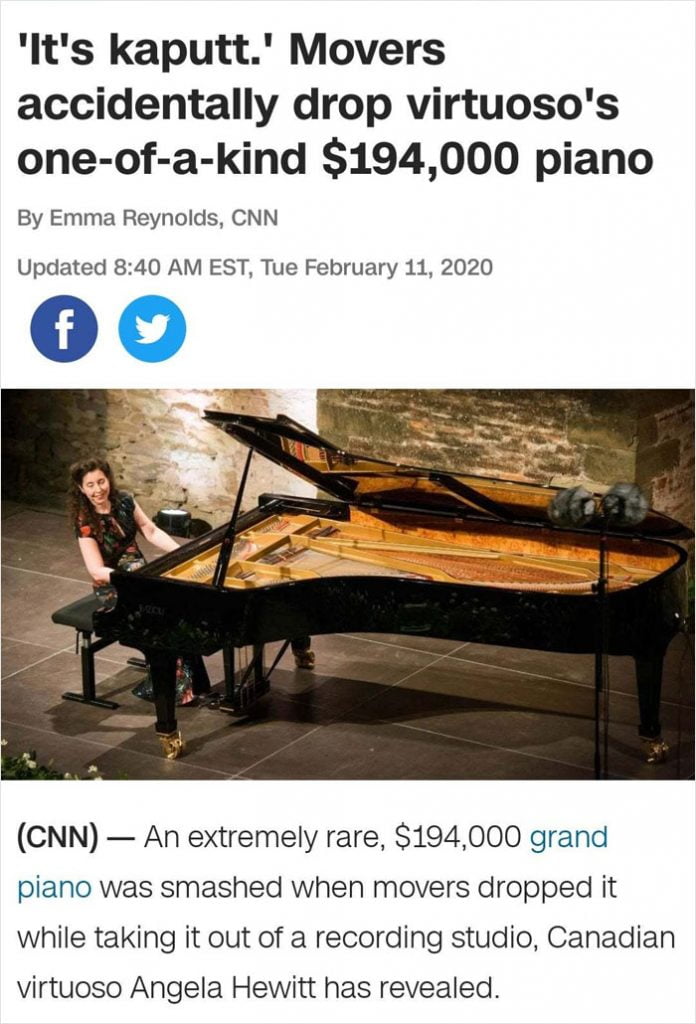 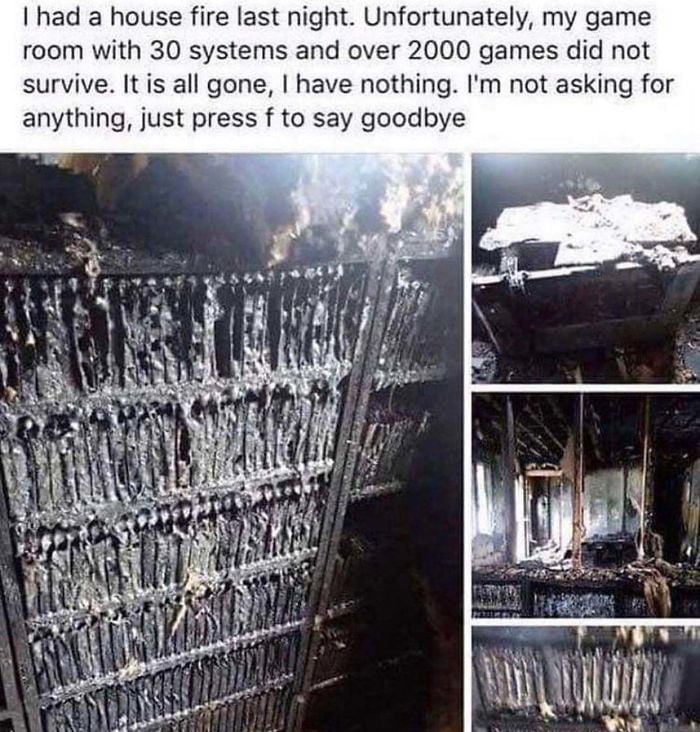