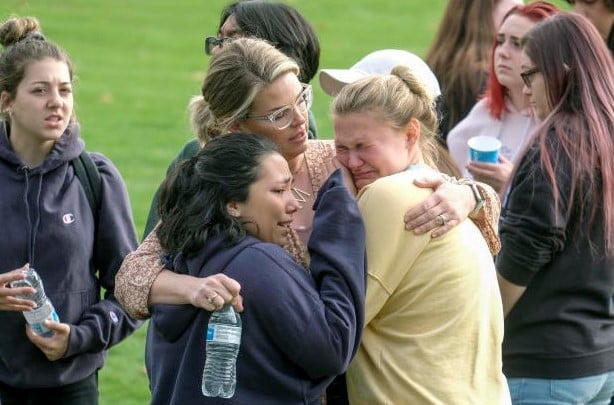 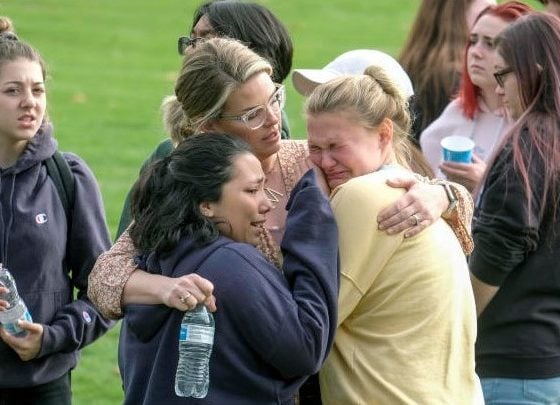 SANTA CLARITA, Calif. – At least two people are dead and two people are in critical condition and other people were injured during a mass shooting Thursday morning at a high school in Southern California, authorities said.

Los Angeles County Sheriff Alex Villanueva said on twitter, the suspect gunman, an Asian male who is about 15 years old and is a student, who was captured by 9:43 a.m is now in custody and being treated at a local hospital

Update regarding the shooting at #SaugusHigh, suspect is in custody and being treated at a local hospital.

A young female is dead, according to Henry Mayo Hospital, which is treating several victims. Police said they responded to a report of this issue at Saugus High School around 7:30 a.m. local time.

“Deputies responded to reports of shots fired,” the sheriff’s station said via Twitter. “This is an active shooter situation.” Adding, “If you live in neighborhoods anywhere near Saugus High, PLEASE LOCK DOORS and stay inside. If you see suspect, male dark clothing, in backyards, etc. CALL 911.” 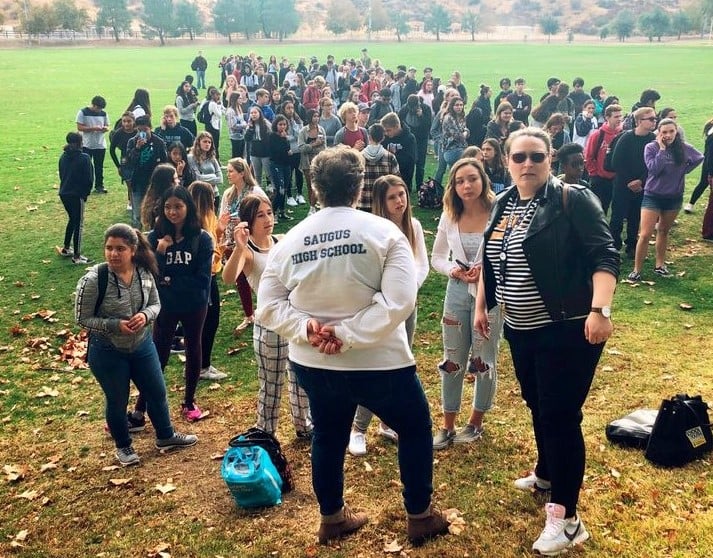 Via AP. Students and others wait outside a reunification center in Santa Clarita, California, after a shooting at Saugus High School injured several people on Thursday.

Tim Murakami, undersheriff of the Los Angeles County Sheriff’s Department said, nearby residents were asked to “shelter in place and report any fishy activity,”

Shooter at Saugus HS. Several injured. LASD resources on site and searching for suspect. Will be locking down area schools. Advise residents to shelter in place and report any suspicious activity

Villanueva said, “It’s one of my worst nightmares as sheriff. We all embrace our kids in the morning and send them off to school … but you never know what someone is plotting.”

Brooklyn Moreno, a student at the school, told ABC7 she was waiting for the first bell to ring when she heard the first gunshot.

She said, “I was in shock, I didn’t even process it yet. I just started running because everyone else was.” adding, “There were girls falling in front of me, I was trying to help them up. … I didn’t want to get hurt either.” 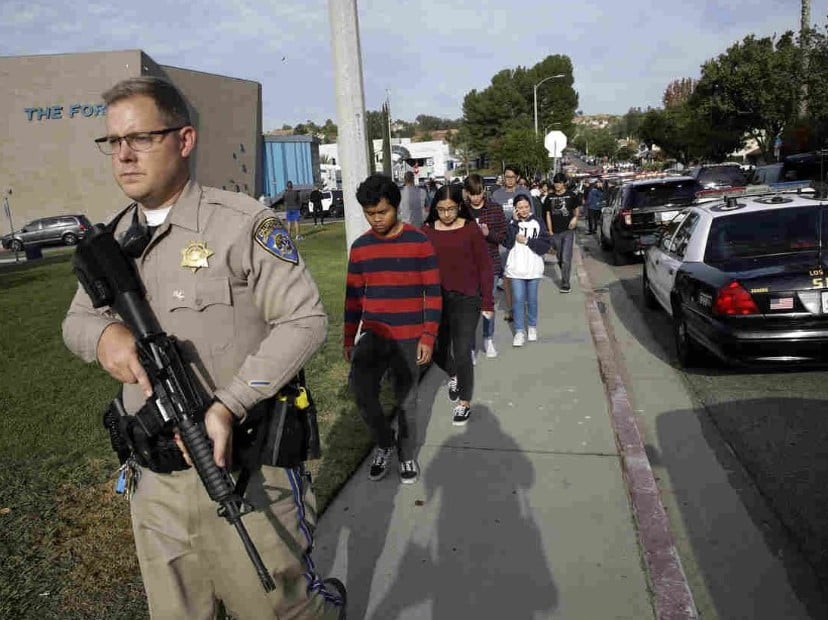 Students are escorted out of Saugus High School. Via: Marcio Jose Sanchez/AP 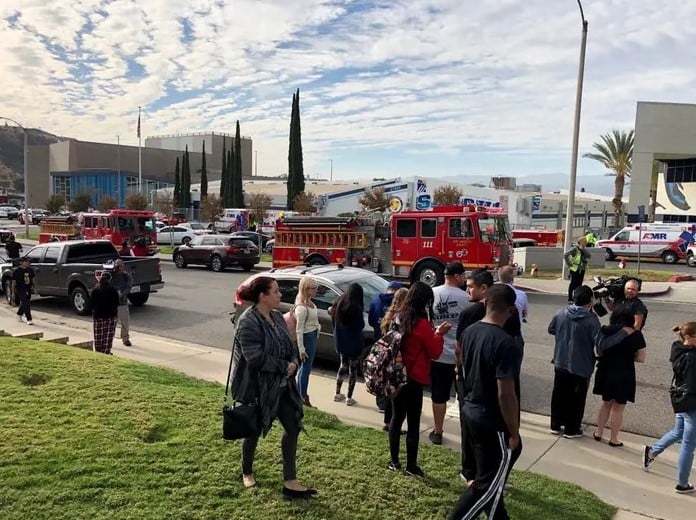 In one interview, Alexa Funk, 15, described the mess after hearing 3 gunshots.

“There were kids running everywhere,” she said. “People were falling to the floor.” adding, “she ran into the school office and hid in a printing room with other students.”

UPDATE: One of the victims injured in the shooting has passed away, according to @HenryMayoHosp.

California Gov. Gavin Newsom said in a statement that he’s closely monitoring the situation and extended his thoughts to the parents, families, and friends of the students and faculty, and the Santa Clarita community.

White House Deputy Press Secretary Judd Deere said President Trump is monitoring the ongoing reports of a school shooting in Santa Clarita. The White House promotes all those in the area to follow the advice of local law enforcement and first responders.