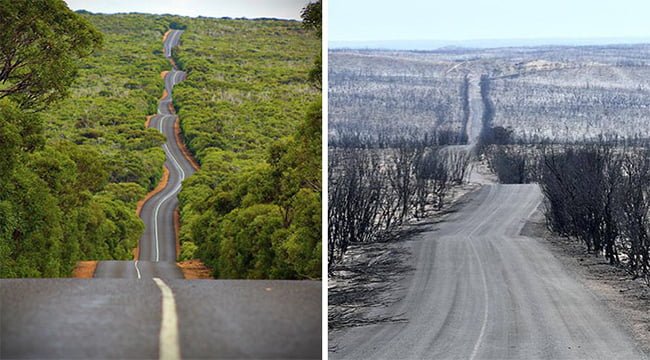 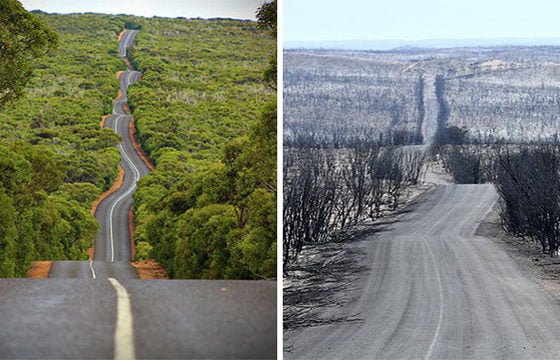 The last month, Australia has been experiencing dangerous bushfire all over the place. The fires have created a severe loss for Australia and for the entire Earth, she has razed several homes and wiped out some towns entirely, and also took many animals who lived in forests. Some firefighters and volunteers spent weeks working several hours to help.

Words can hardly describe what many Australians are currently going through. It is estimated that a whopping 10 million hectares have been burned completely, across the country. For comparison, the recent bushfires in California in 2018 had swept over 800,000 hectares of forests.

At present, the death has risen to at least 27 people and 2,600 houses confirmed destroyed. To help explain just how extensive the fire damage across Australia is, some people start sharing before and after pictures of areas affected by the bushfires – see it all in the gallery below and don’t forget to open the next page to see more. 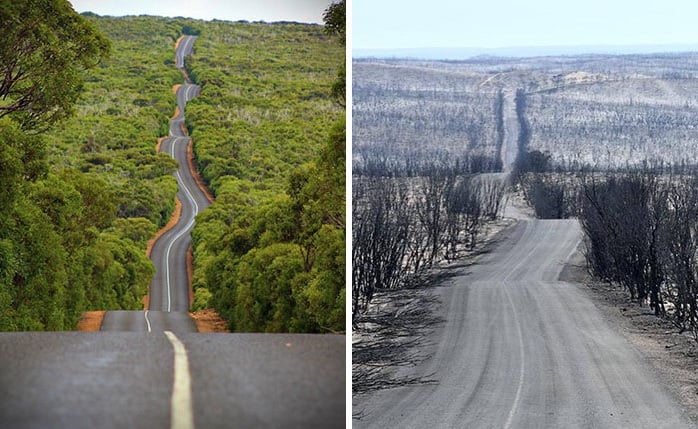 #2 2 Hours Before vs. 3 Days After. This Is The Devastation Left By The Fires In Sarsfield, Victoria. Still Can’t Believe The House Still Stands 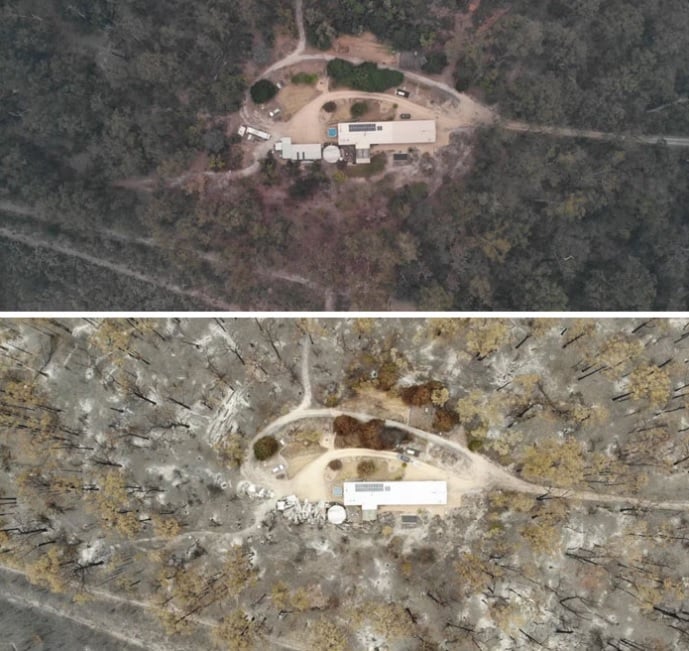 open the next page to see more