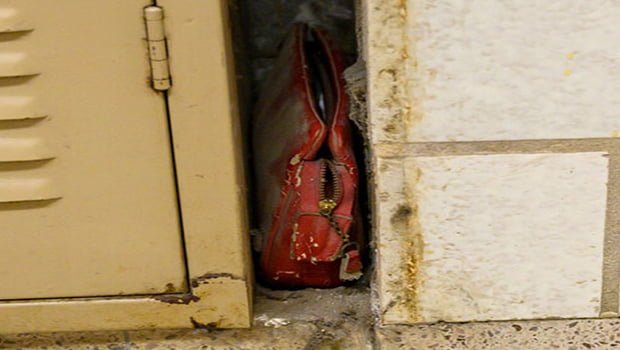 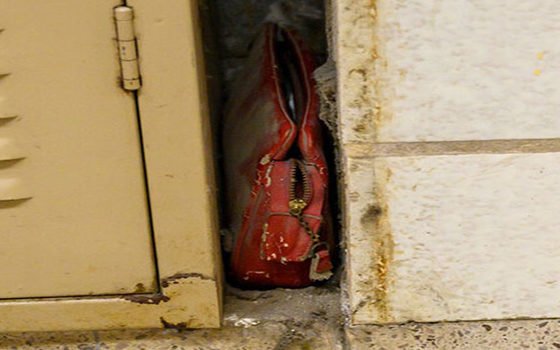 Last spring, North Canton Middle School has discovered something interesting stuck, red wallet that had been lost for over 60 years in a gap behind some lockers was firmly covered in spiderwebs and dust. The bag belonged to the teenage girl named Patti Rumfola, who has lost her purse in the 1950s or 1960s and they think she was aged 14 when she lost her purse. The school posted this situation in social media and they track Patti’s family but discovered that she had since passed away in 2013.

It was hiding down here. 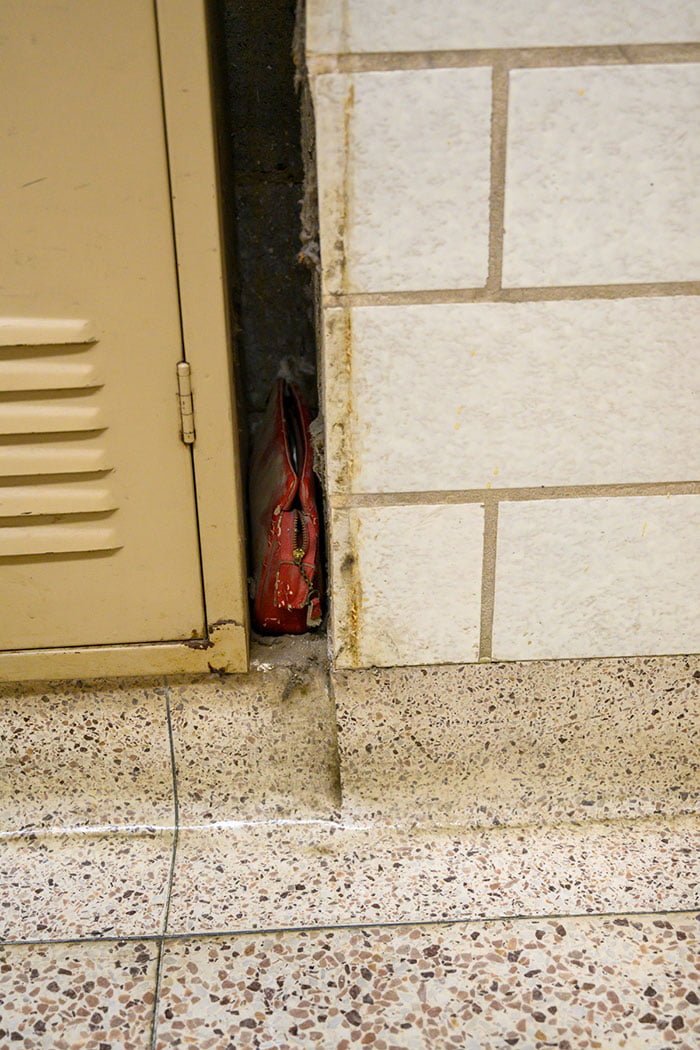 The purse was a little worse for wear … 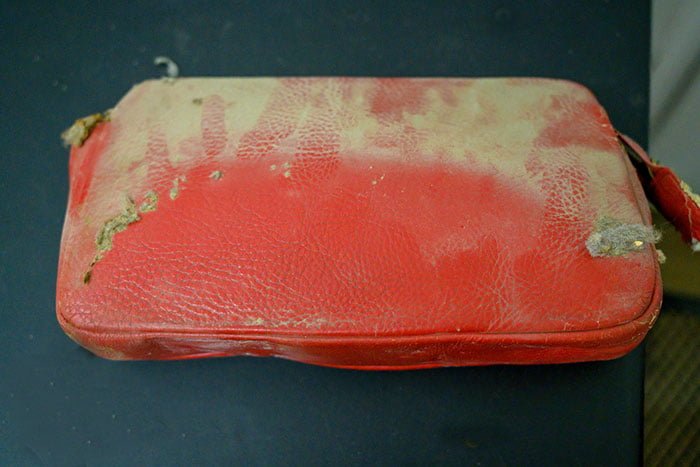