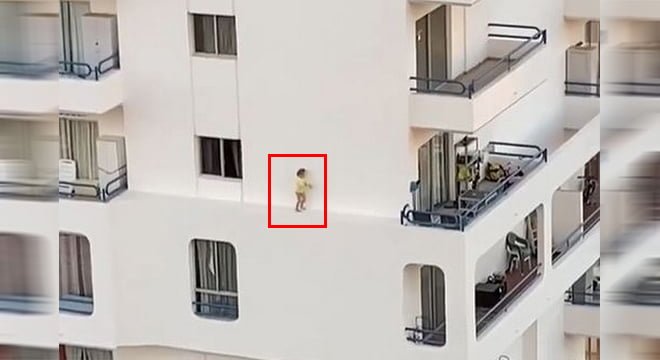 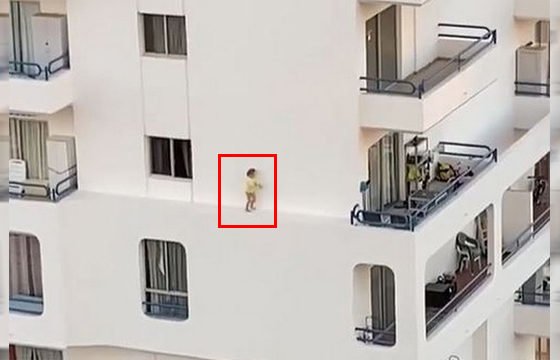 Horrible video shows a child walking around the outside of an apartment block in Tenerife after climbing out of a fifth-floor window!!

The 18-second clip of the toddler near a window has gone viral and then walking to the other side of the building towards a balcony, and then back again to the window, the Manchester Evening News reports. 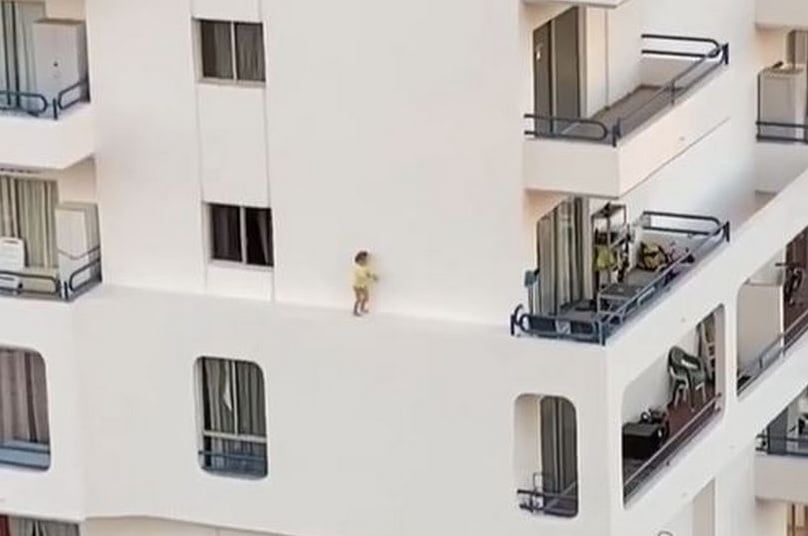 The toddler walks around the side of the building (Image: Manchester Evening News)

This video was captured by the daughter of a tourist who was staying at a nearby apartment in Tenerife, was shared on Facebook profile “I Love Tenerife!” with the caption: “OMG! This toddler managed to climb out of this building window whilst the parents were taking a shower. has almost 3 million views and more than 24,000 comments. 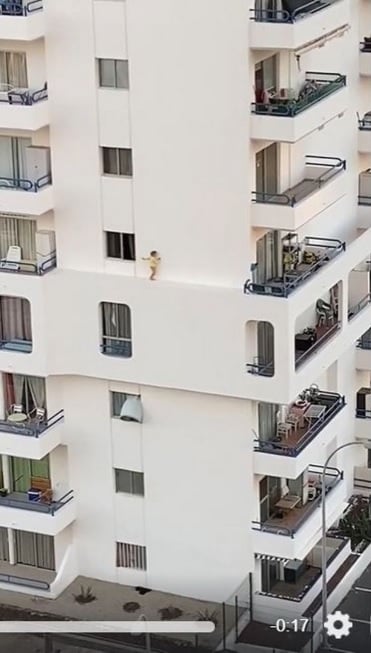 The toddler escapes through the window of the fifth floor apartment. Screengrab taken from video on I Love Tenerife Facebook page (Image: Manchester Evening News)

According to Sky News, the owner of the video said she took the footage as her father “was running over to the building to try and do something and notify security.” The post explains that this happened on Saturday in Playa Paraiso, on the southwest coast of the largest of the Canary Islands, while the “parents were taking a shower.”

Child climbs out of apartment balcony window 4 floors up and runs along dangerous ledge in Tenerife!

OMG! This toddler managed to climb out of this building window whilst the parents were taking a shower.The incident took place on Saturday at a building in Playa Paraiso, Tenerife. The video was taken by the daughter of a tourist staying at an apartment close to this one. His Daughter took the video whilst he was running over to the building to try and do something and notify security He doesnt want any publicity so we won´t share his name. Report and update provided by journalist Pia Guevara Manosalva

Some people have commented on that video, with many criticizing the parents for allowing it to happen.

“If you were on holiday with little ones in an apartment would you not surely leave one parent watching whilst the other had a shower???” 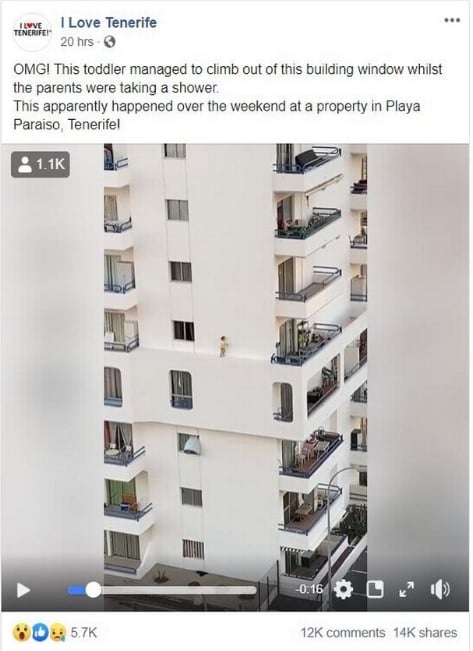 The video was shared on the I Love Tenerife Facebook page (Image: Manchester Evening News)

Another one said: “We have all turned our backs for 2 mins sure. But in an apartment and you were taking a shower surely you would be extra secure with locks on doors and windows due to the obvious added danger.”

But other people said nobody knows the true situation of the incident, one said: “How does anybody know there were 2 parents there. I’m sure the parent/parents thought the window/door was closed. Whilst this could of been very tragic, let’s not judge unless we know the whole story and just be glad the little one is OK.”