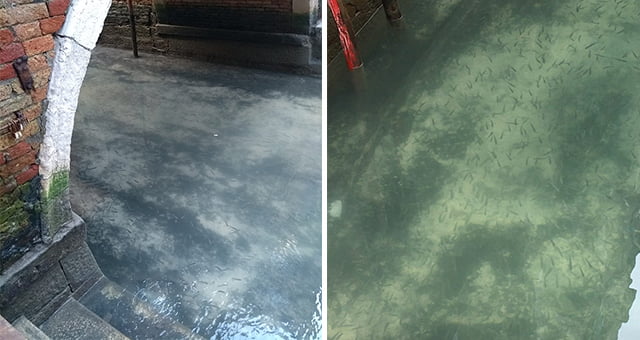 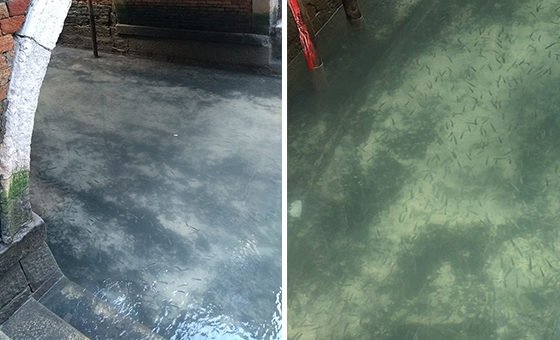 With the Covid-19 cases who rise up dangerously across Europe, many countries are entred coronavirus quarantine. But amidst this madness, turn out is not only to stop the virus from spreading but also has some bright side for nature. First, nitrogen dioxide (NO2) levels in some countries dropped when people started staying at their home.

These actions include cleaner air which results in clearer water. And that’s the case in Italy after their lockdown – the famous canals in Venice are crystal clear, revealing the thousands of little fish that live there. Like many other Italian cities, Venice went on lockdown following the outbreak of the coronavirus and its busy squares and canals that are usually full of tourists now empty and abandoned.

After Italy initiated the lockdown, people began to notice some changes in the canals of Venice 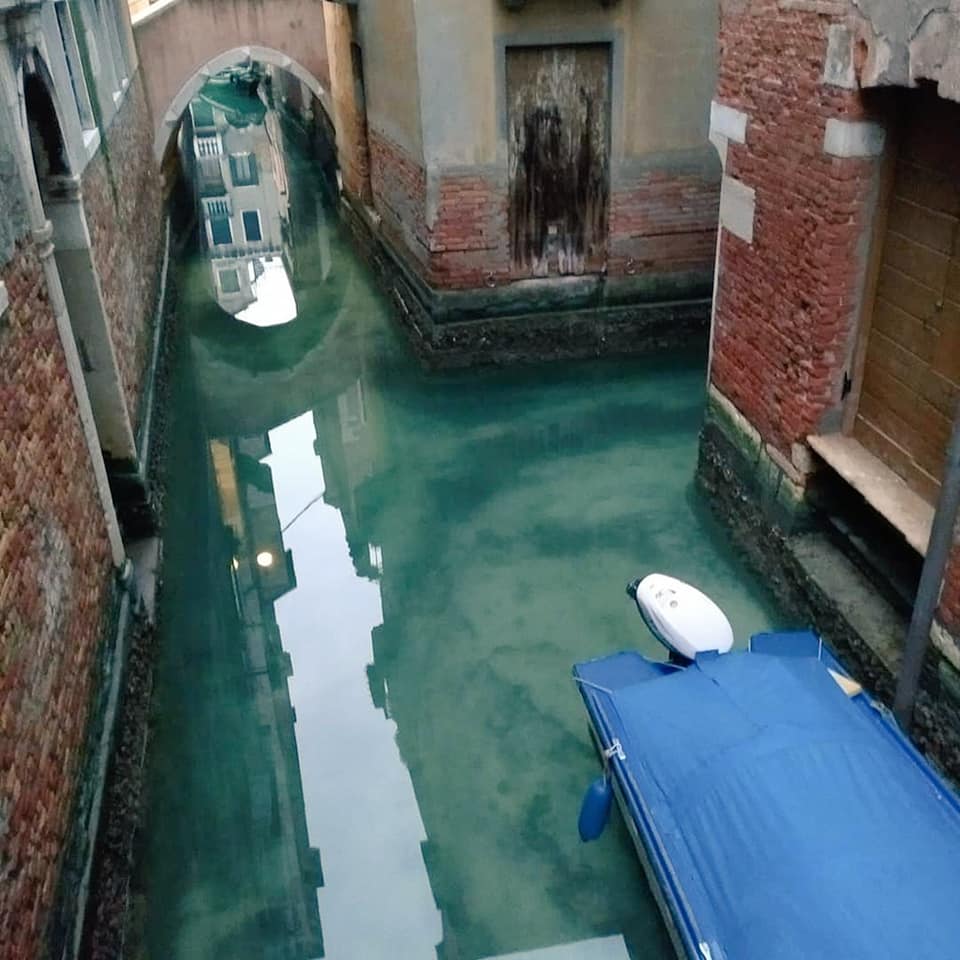 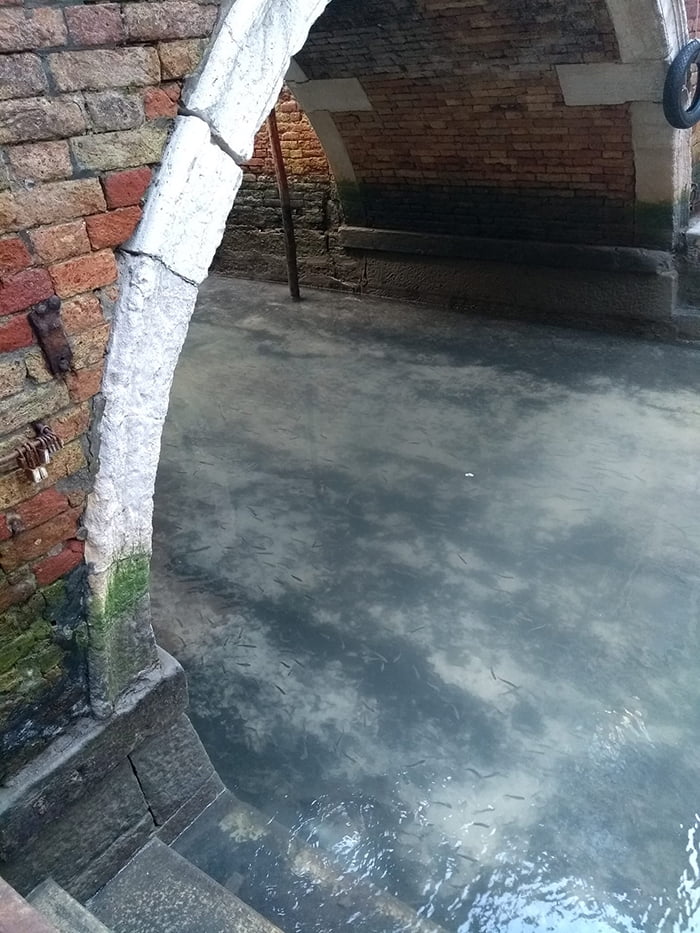 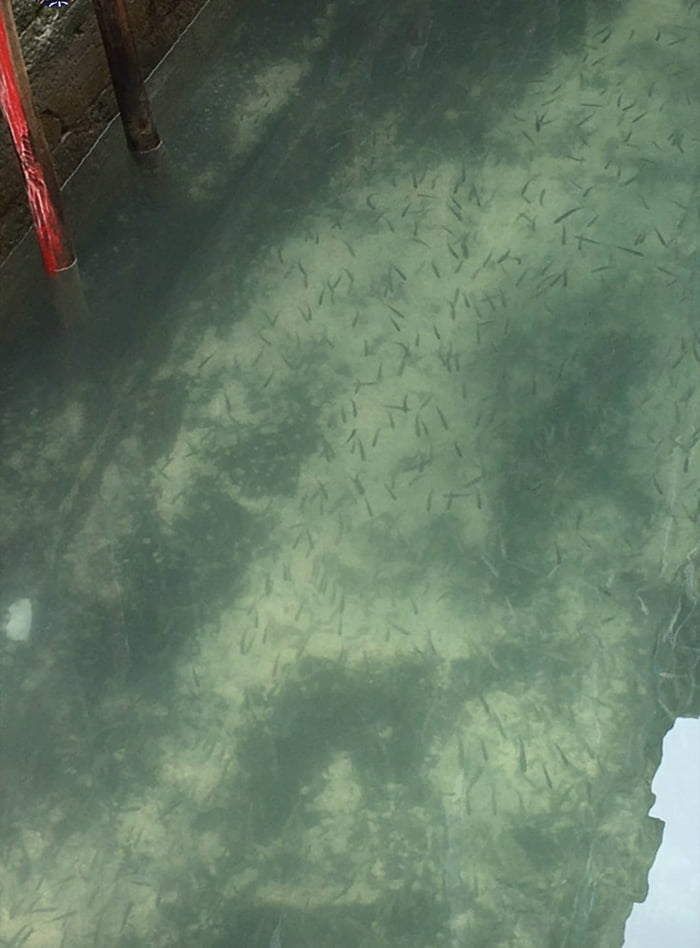 Turns out the fish lived in the canals all along, they simply weren’t visible due to heavy traffic 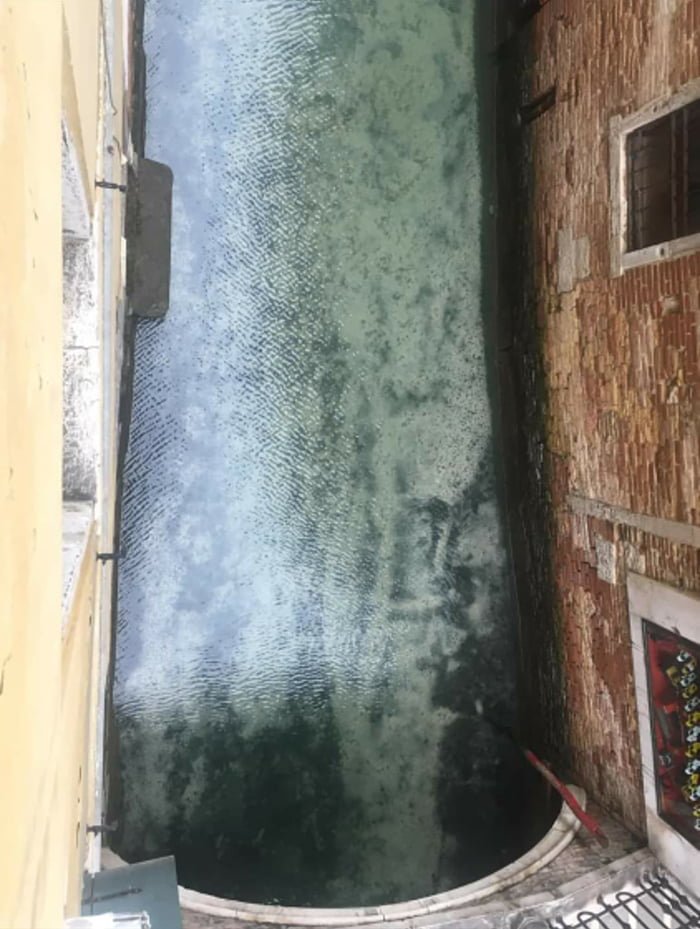 Real estate agent and life-long Venetian Marco Capovilla, 40, filmed several schools of tiny fish swimming under the clear water surface in the canals and said he ‘had never seen’ such clear water in the popular destination city, and added that it was a ‘striking’ view.

Marco said: “During these days, traffic in Venice has become almost absent.

“The city doesn’t have sewers, so normally everything goes into the canals, including detergents and cosmetics.

“Thanks to the quarantine, we are experiencing a cleaner environment.”

Another local resident, bank worker Martina Bettoni, 33, said: “Seeing so many fish in the canals was extremely rare before the quarantine.

“I hope we’ll learn from this tragic time, and that when this is over Venice will be able to strike a balance between tourist crowds and cleanliness.”

What do you think about this? Could there possibly be some positive things come out of these lockdowns?