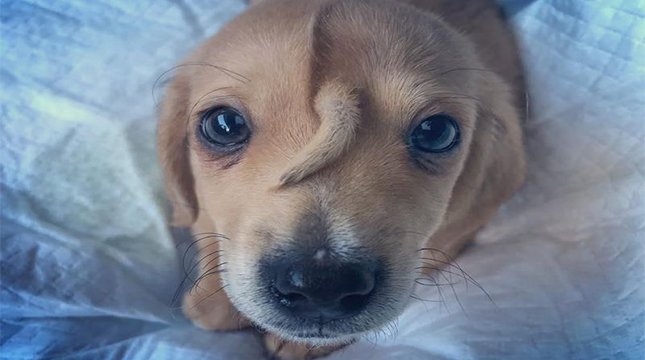 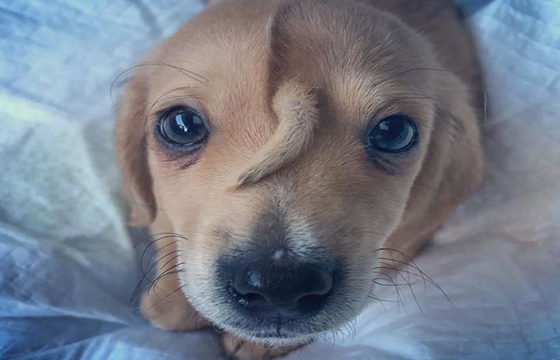 It turns out that Unicorns there are not only in dreamland but is really exist in real life, after rescue a 10-week-old puppy called “Narwhal the Little Magical Furry Unicorn,” by the organization Mac’s on the streets of Kansas City, Missouri with a companion canine named Papa Smurf

The most-asked questions about Narwhal are: Does his tail shake? No, it does not, the extra tail is not connected to anything, just making him the coolest puppy ever!”. Why the unicorn moniker? Because of his weird horn, of course. According to their vet, Dr. Heuring, there’s no reason for the tail to be removed, as it is not causing him pain nor does it slow him, and doesn’t have bones inside, he just has an extraordinary facial feature.

The Mac’s Mission wrote on Facebook after they rescued him on November 8, 2019, “This puppy has a tail coming out from his forehead and a foot injury of some sort.”

The Caregivers says the little puppy likes to nibble on fingers and wants to play with anyone close, also has a second tail sprouting from his forehead.

open the next button below to read more

This Guy Justifies The Worst Construction With Hilarious Captions (30 Pics)