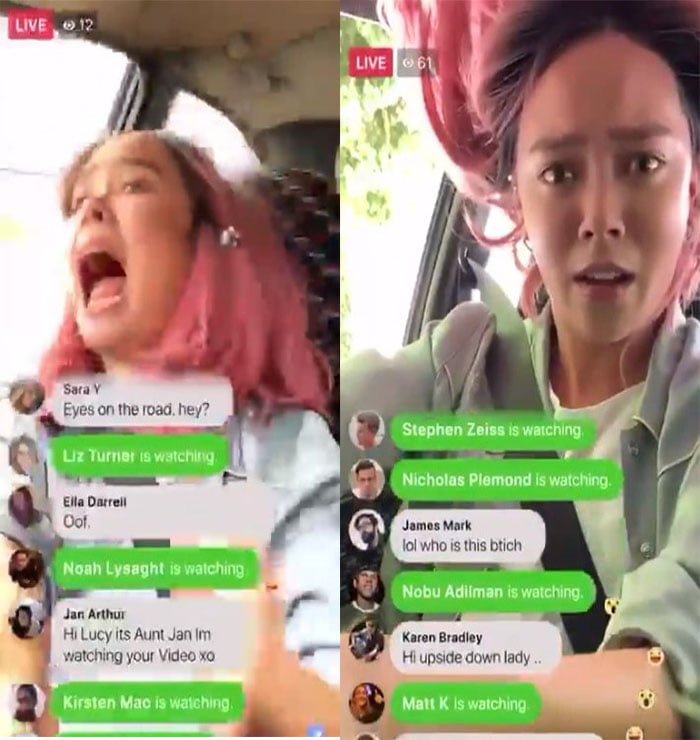 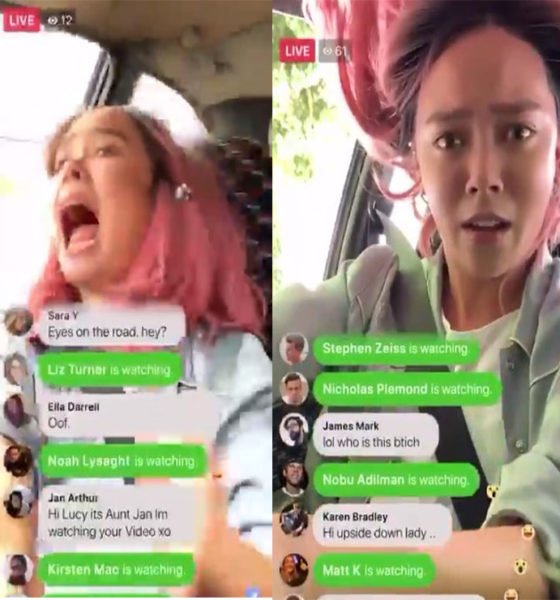 Video of girl having a car crash while live-streaming goes viral!

A video of a pink-haired Australian woman apparently involved in a dangerous crash car while live streaming on twitter has gone viral around the world, but some people are convinced is not real.

The clip posted to Twitter on September 4 and has been watched more than 780,000 times on Twitter in the past 2 hours and now more than 1.2m views, however, the tweet has been liked 17,000 times.

In it, the girl is live-streaming herself in the car, singing Vanessa Carlton’s “A Thousand Miles” before getting into a crash with the driver thrown around sharply, a window shatter and finally ending with her upside down, stunned. On the while, those who watching the live stream are commenting in shock on the screen.

Is the video real?

The video is from a new seven-part ABC web series called Content, which debuted this week intended to show the “dangerous road to internet fame”. The show is about a social media wannabe named Lucy (Charlotte Nicdao) who becomes famous and goes viral when a clip shows herself flipping her car in an ‘accident’ during a live stream, for the world to see and she get the moniker #FlipGirl.

The entire show is meant to be showing on your phone, vertically, as most young viewers will do. The content was played by commissioned for “ABC iview,” created from by the same people as Bluey

In fact, the idea of having this clip goes viral was willful, He confirmed the show’s co-director, Daley Pearson.

The first episode of this series ‘Content’ is ready to watch now on iview, YouTube, Facebook or Instagram TV, however, it will also be projected into a building in Melbourne’s Federal Square, playing on iterate over two nights from this evening.