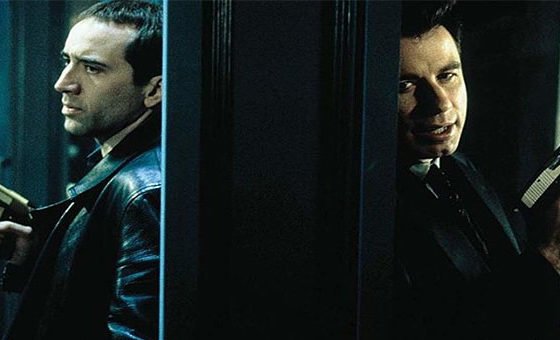 Paramount Pictures published the rebooting of 1997 action-thriller ‘Face/Off’ with a new cast, according to a new Deadline report. The original film, who directed by John Woo, starred Nicolas Cage and John Travolta as a terrorist and a lawman. Though it’s hard to imagine who might be able to top in a Face/Off

According to The Hollywood Reporter, Paramount and 22 Jump Street and Sonic the Hedgehog writer Oren Uziel are actually working on Face/Off remake that will be produced by Fast & Furious franchise veteran Neal Moritz and David Permut (‘Hacksaw Ridge’) as executive producer.

The original 1997 action-thriller ‘Face/Off’ follows FBI agent named Sean Archer (Travolta), who holds a strong vendetta against terrorist named Castor Troy (Cage). When Castor boards a plane that crashes, Sean takes the chance to undergoes facial reconstruction surgery to impersonate Castor’s face and wear it as his own so he can go undercover as him. Things get increasingly complicated when Troy wakes up from a coma and begins to impersonate Archer, as well.

When the news announced about that, the project is still in its first developmental phases, Paramount had no trailer announcements to make. However, that didn’t stop users on Twitter, which was equal parts confused, excited and horrified by this remake of Face/Off— and suggested who could be the new faces of this movie

Some fans give some pretty ideas for casting.

Well if we can’t have Travolta and Cage back, my Face/Off cast pitch… all the Hollywood Chris’s. 😂 @chrishemsworth @ChrisEvans @prattprattpratt @ChristophrWood and Chris Pine. https://t.co/P2818p4qMB

The time has come to reunite Neveldine and Taylor. https://t.co/iWhmQNoXx2

Face/Off but it’s Henry Cavill and Matt Bomer and you literally can’t tell the difference pic.twitter.com/Gv0kD1fd0I

Thought of another FACE/OFF I would accept: gender-flip it and pit Cate Blanchett against Tilda Swinton. I’ll go get in line right motherfucking now.

Cast Vanessa Kirby and Samara Weaving in the FACE/OFF remake you cowards pic.twitter.com/iC2RfJCvgX

Video of girl having a car crash while live-streaming goes viral!