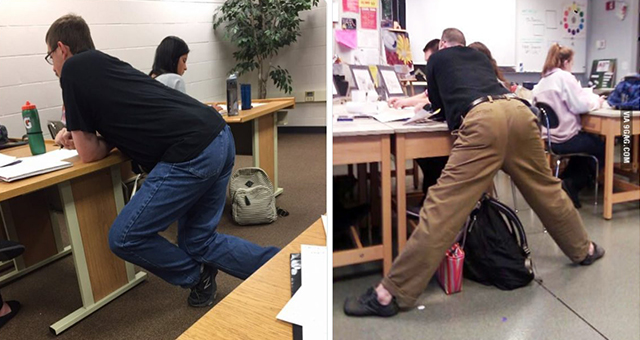 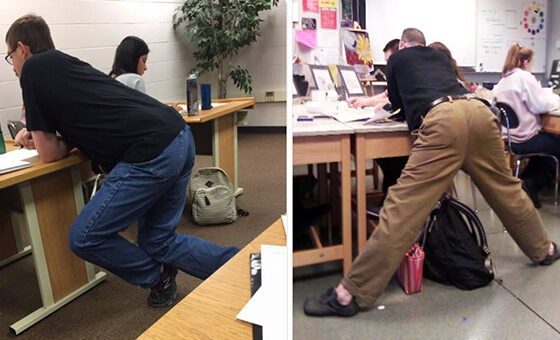 Teaching is a majorly important thing and the people who work in the teaching profession do so for honorable reasons. Not for their benefits or compensation but for spreading awareness, knowledge, and culture and teaching isn’t an easy job, because every teacher works really hard to ensure children don’t grow up without a basic understanding of many subjects. However, despite the hard work, there are some hilarious teachers moments every day.

Have you ever talked before to teachers? If yes! absolutely you will hear standing up for an extended period of time is difficult. Sometimes they don’t have a chance to sit down for long when they have to catch up for the next class quickly. Recently a Twitter user named Karla_Villegas prove that after sharing a picture of her old geometry teaching leaning on a desk with his legs in an awkward position, and soon other students started to reply to the post with their own photos in class. We have collected 26 of the most hilarious yet weirdest positions to brighten up your day. Enjoy!

#1 What is this secret technique?

#2 The leaning tower of the teacher.

#4 She wants to chill, but also have to teach. 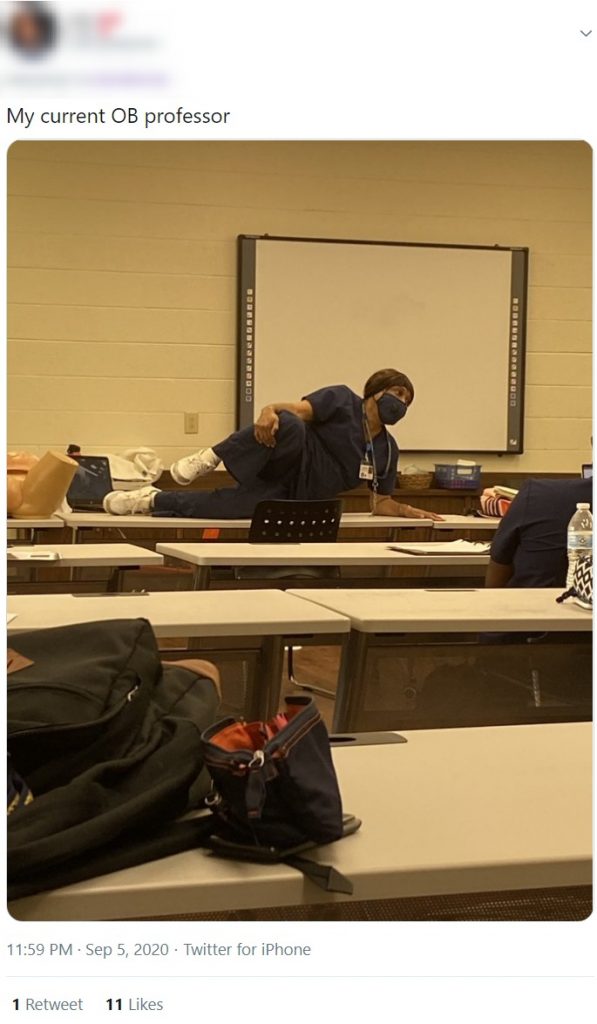 #5 He is not ashamed of himself. 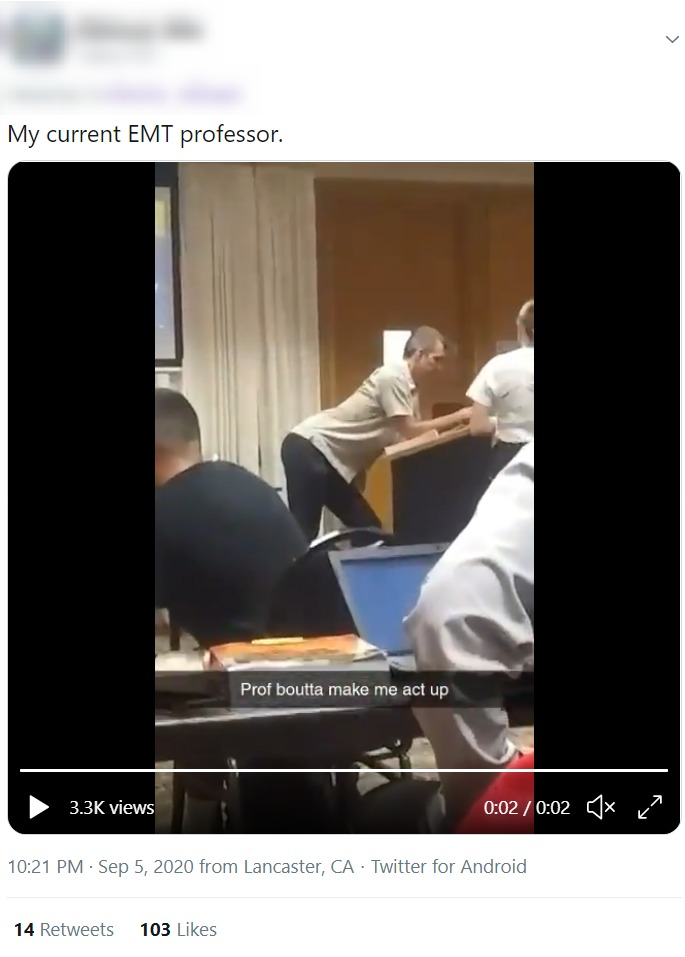 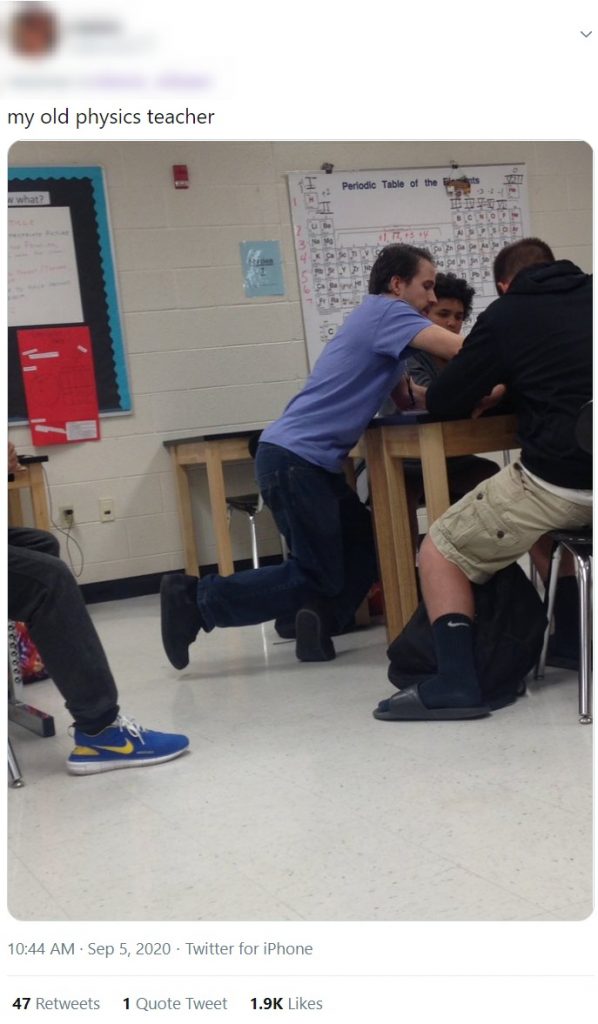 #7 The fact that she chose the lower one… 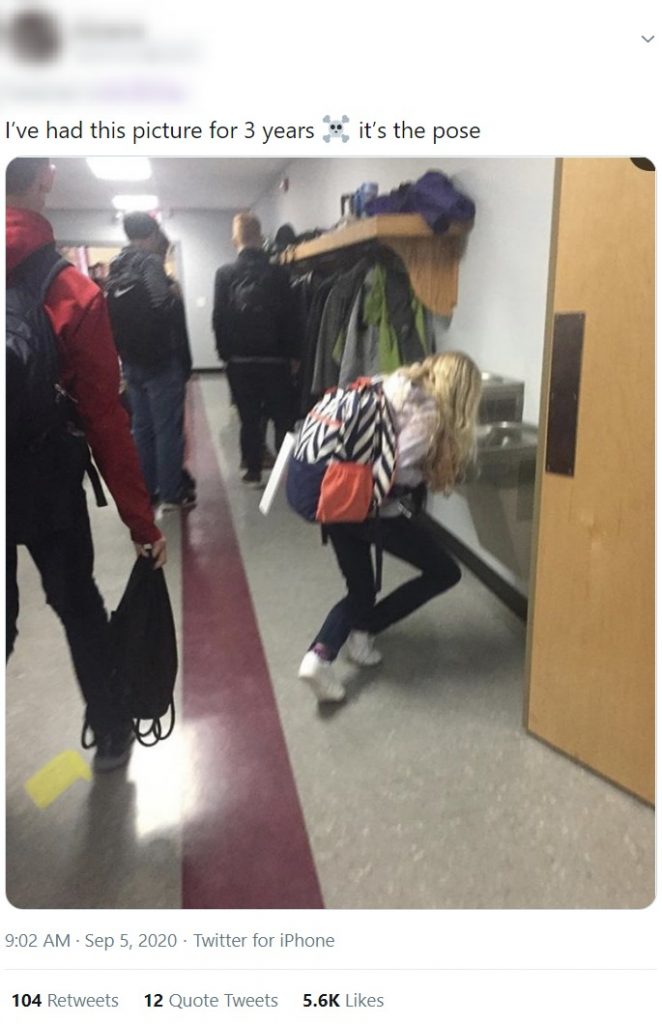 #8 They have no chair for that awkward table height.

#11 As a matter of fact, this does give you a nice stretch. 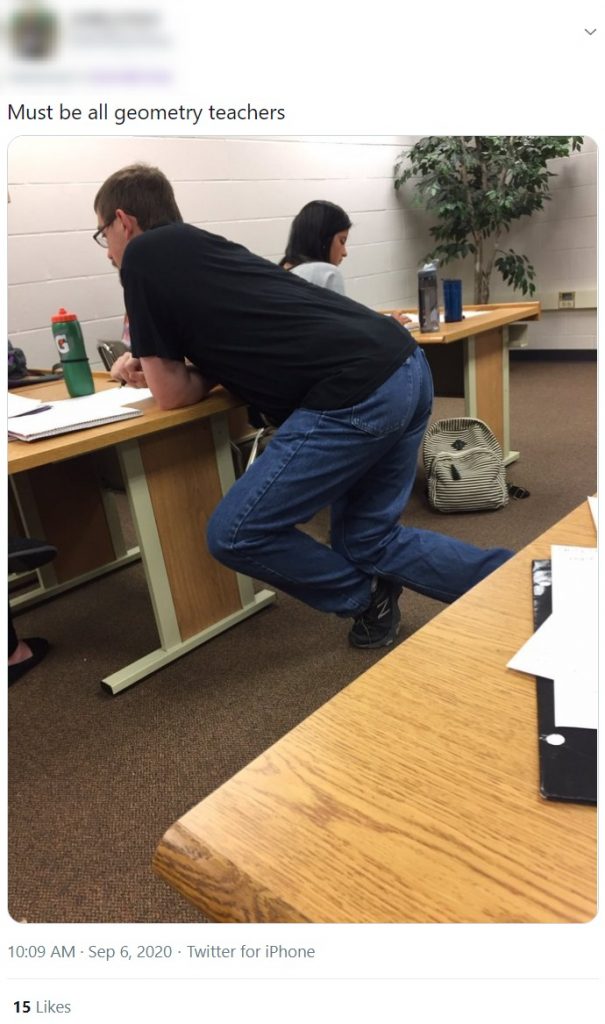 #14 He’s willing to go down for his student. 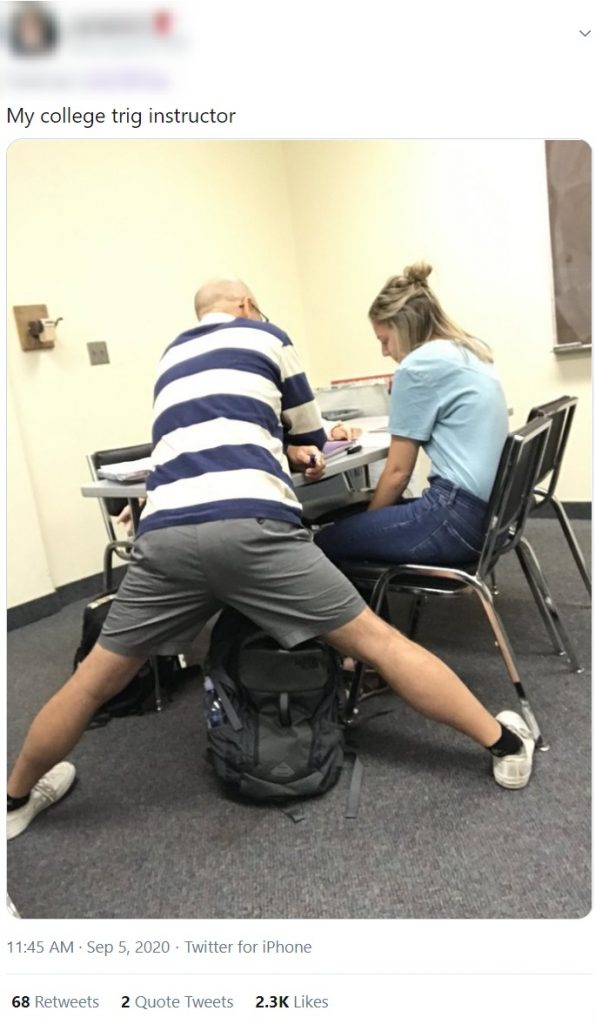 #15 Yes, that is absolutely normal. 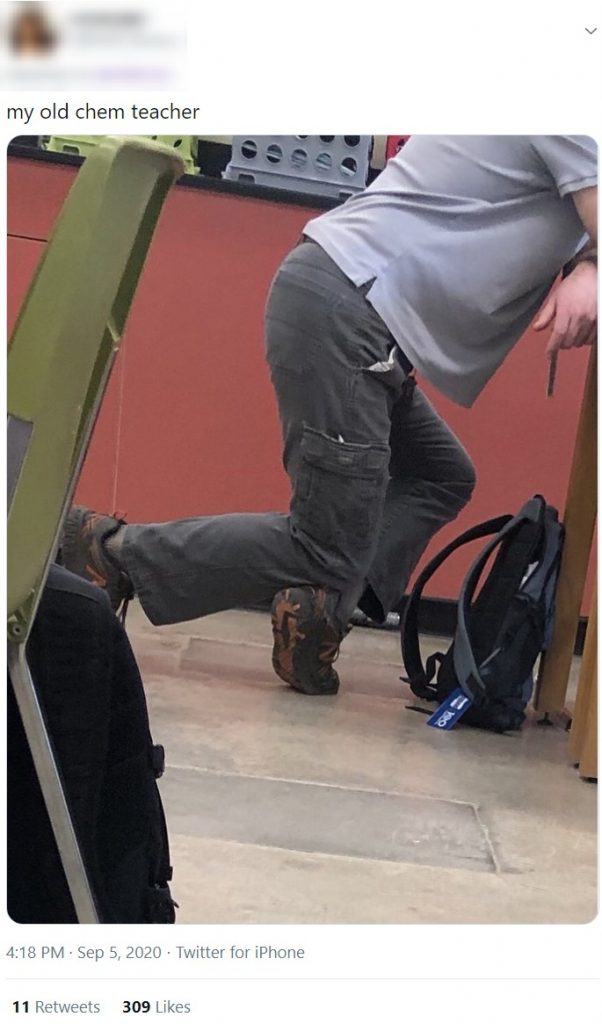 #21 This person has mastered it.

#22 Just standing as usual is okay. 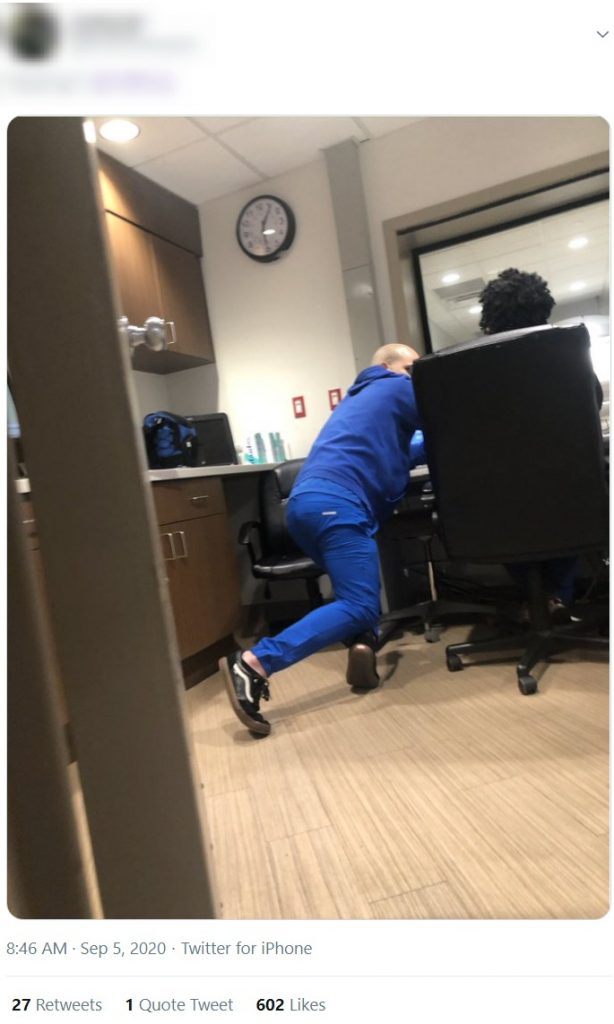 #23 Seeking to be on the same social level as students.

#24 Substituting the chair with knee. 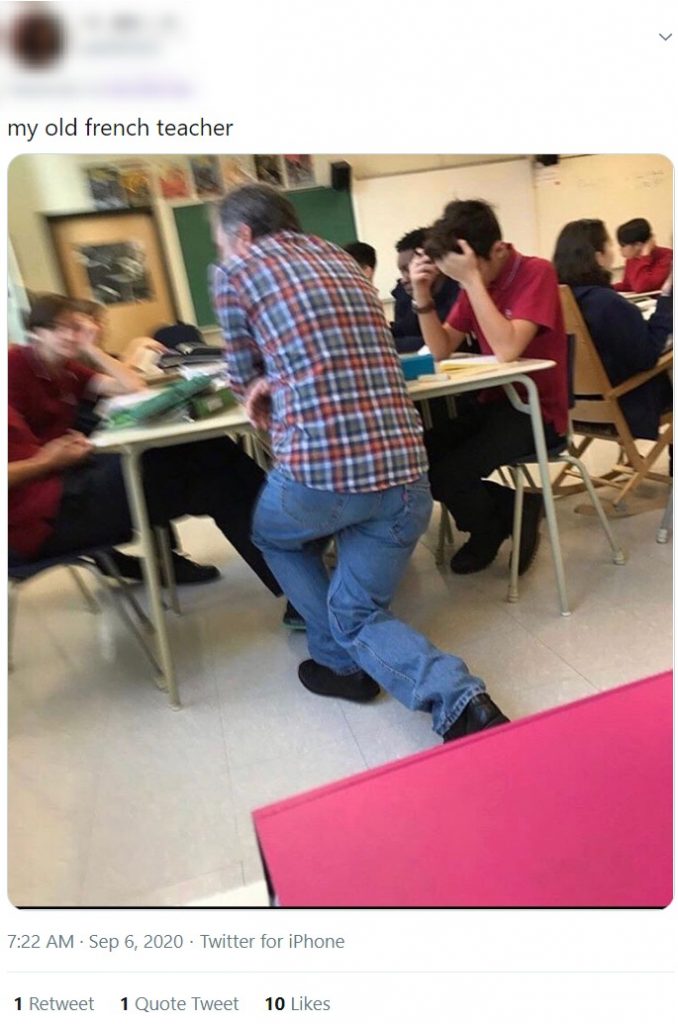 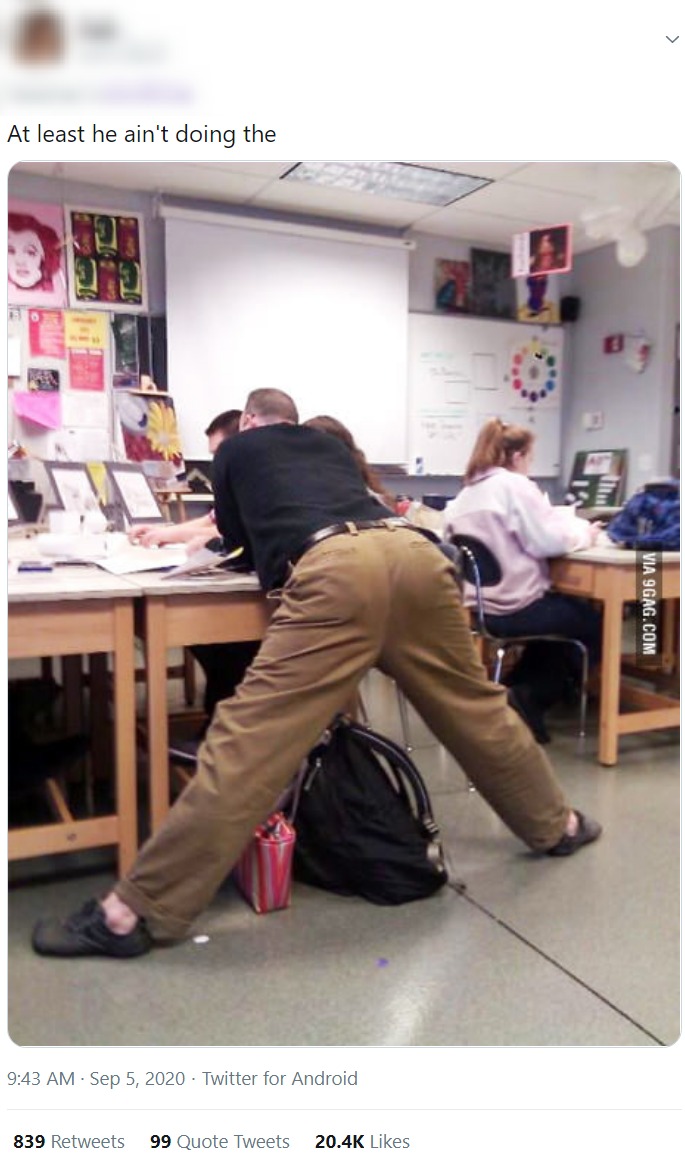 #27 Still trying to figure out what’s going on with his body. 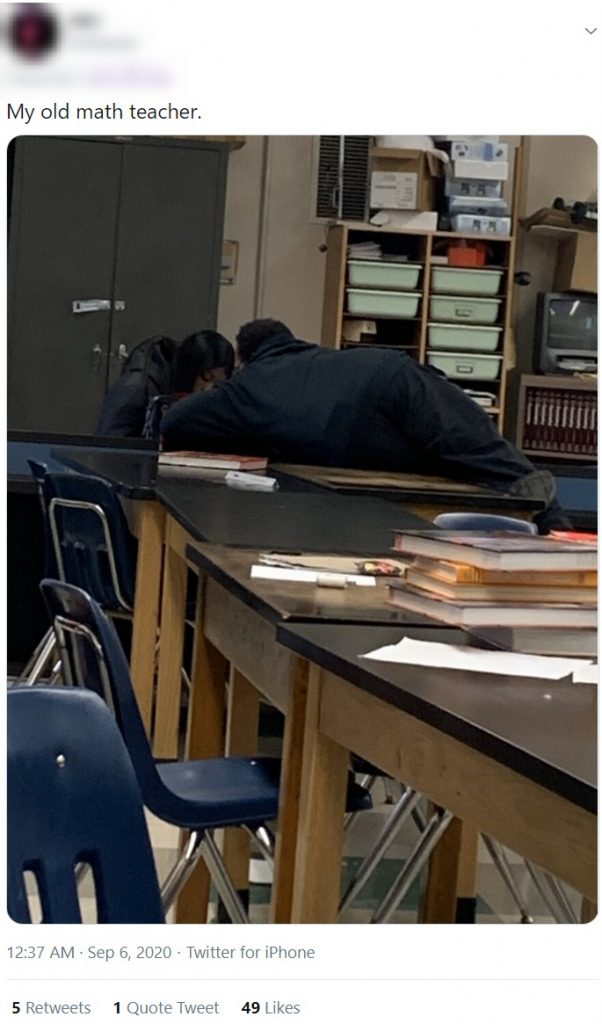