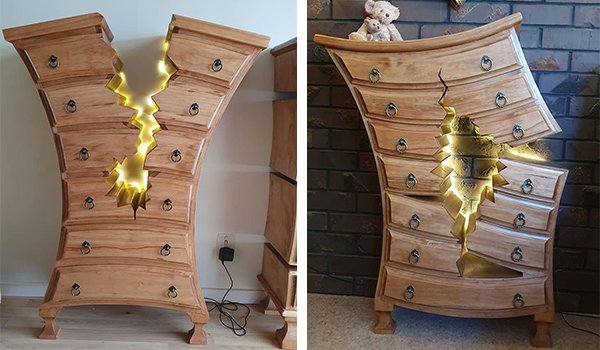 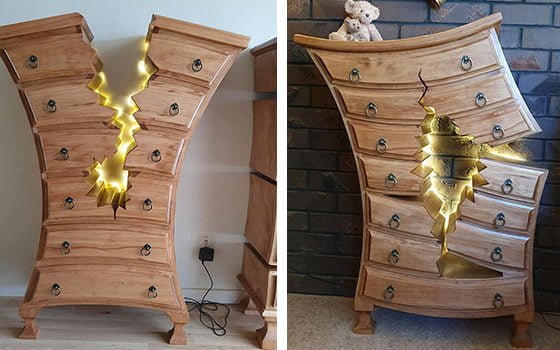 Any craftsman can build a plain old wardrobe or chest of drawers, but if you want to build something incredible and unique you need to have a serious skill, plenty of time, the right tools and knowledge to bring in the weirdest creations of your imaginations to life to create one.

Henk Verhoeff from Auckland, New Zealand and he has been working as a cabinet maker for over 50 years. Henk using his incredible talent logic-defying to create surreal, whimsical masterpieces that would fit right in with any Tim Burton or Disney movies. And just like any form of art for example, as a painter does through painting. 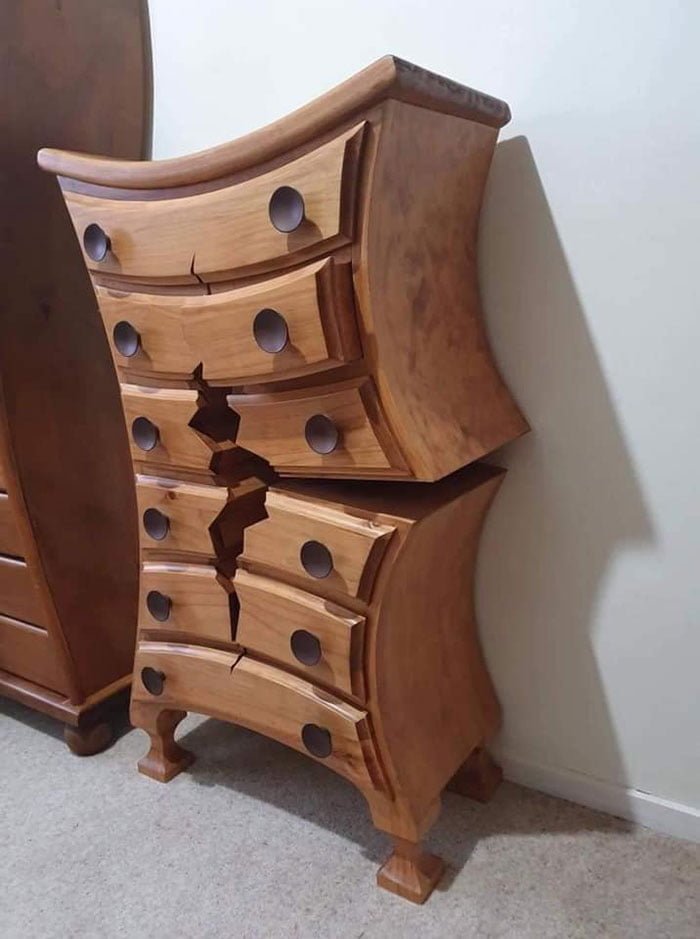 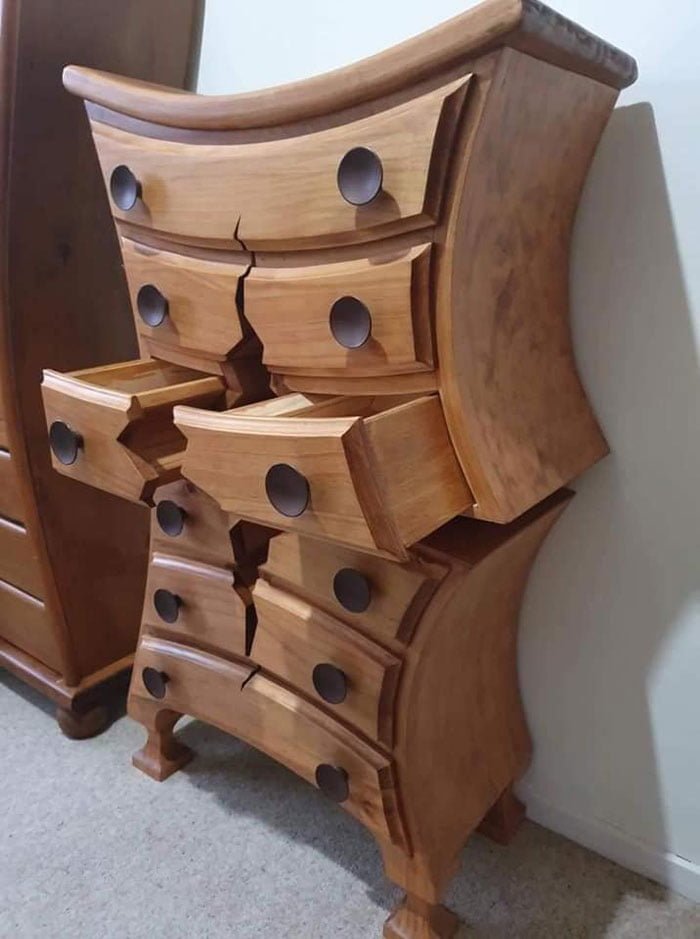 It was actually his daughter who shared his creations with a Facebook group. Internet users were absolutely stunned and instantly fell in love with his work 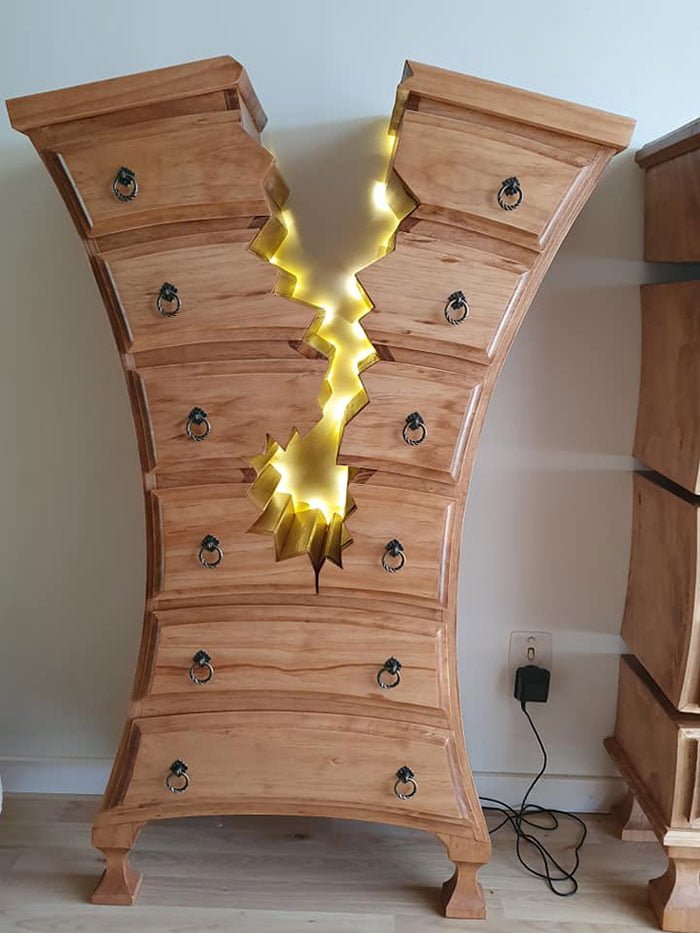 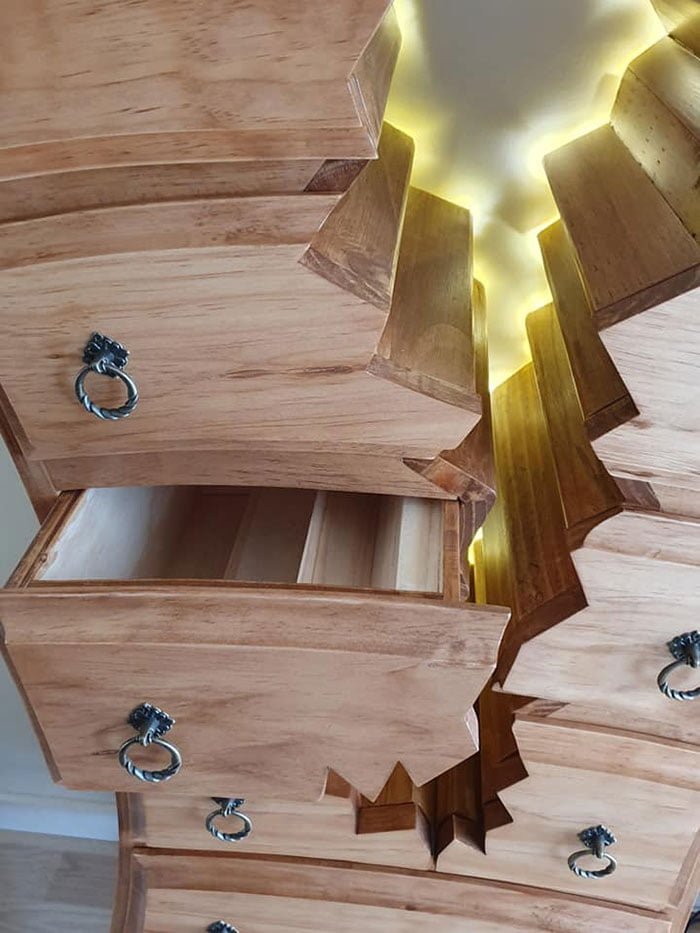 Verhoeff’s work is unlike anything we’ve ever seen before – he manages to make wood look appeared like they have been damaged beyond repair or look almost cartoonish. Believe it or not, all of Henk’s furniture is fully functional! 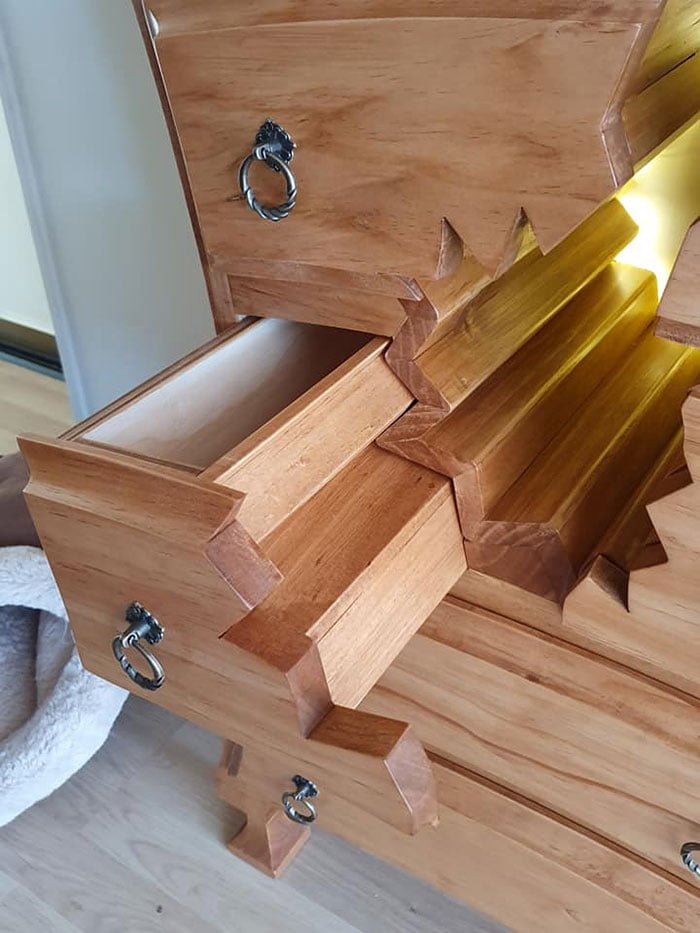 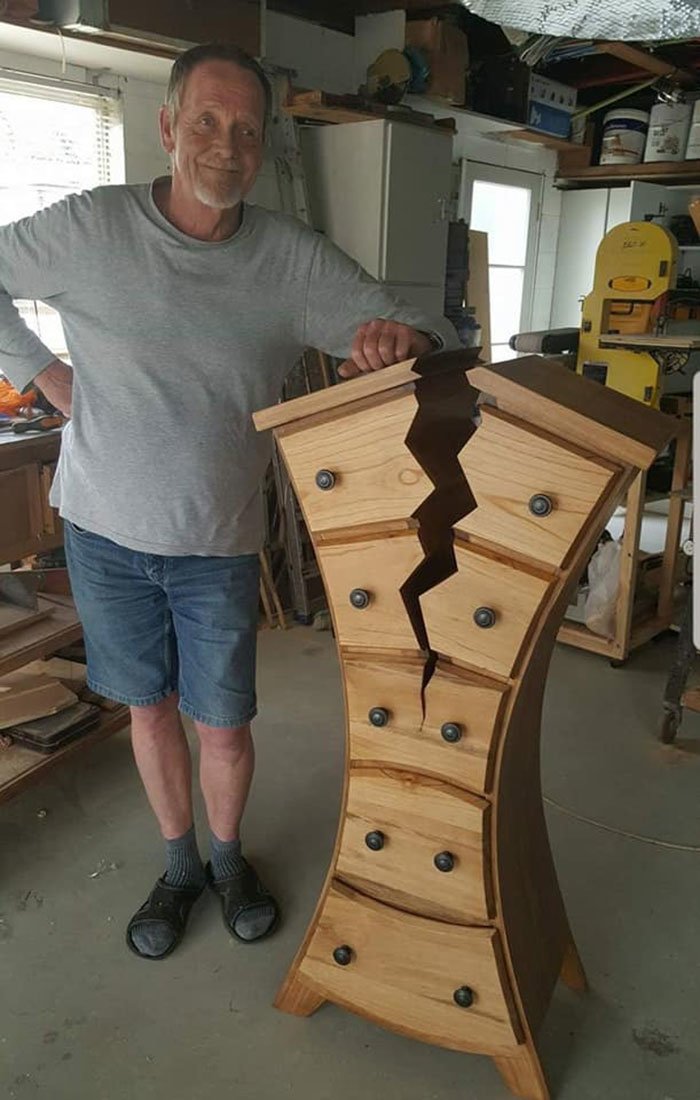 After getting a lot of attention about that incredible work, Henk’s daughter, Linda, decide created a Facebook page to display her father’s complex creations

‘I would describe this style of furniture as broken and weird. I like making weird furniture, something hardly seen in a shop,’ Henk said in an interviewwith Bored Panda… 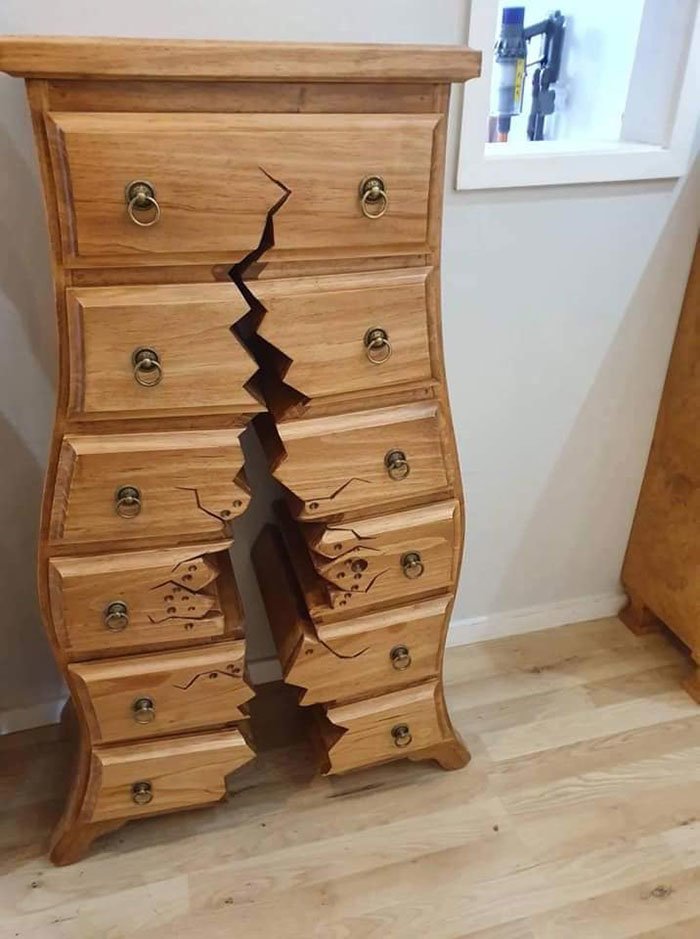 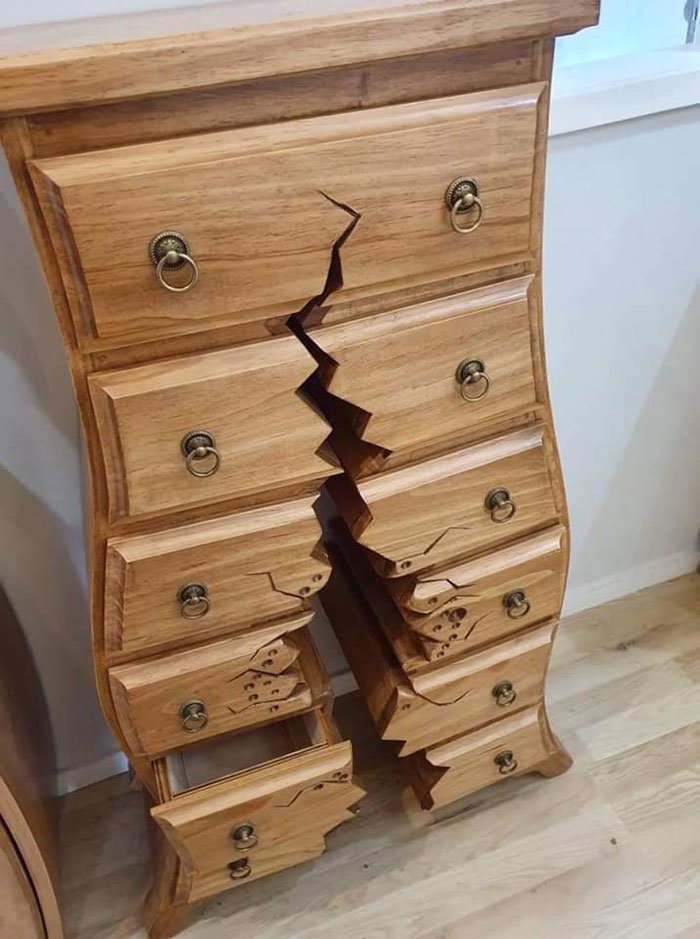 The man also admitted all of his creations came solely from his “twisted brain”.

Henk continued: ‘It’s difficult to say how long each of the pieces took me. It’s unset times during the week and could be estimate 80-100hours.’ 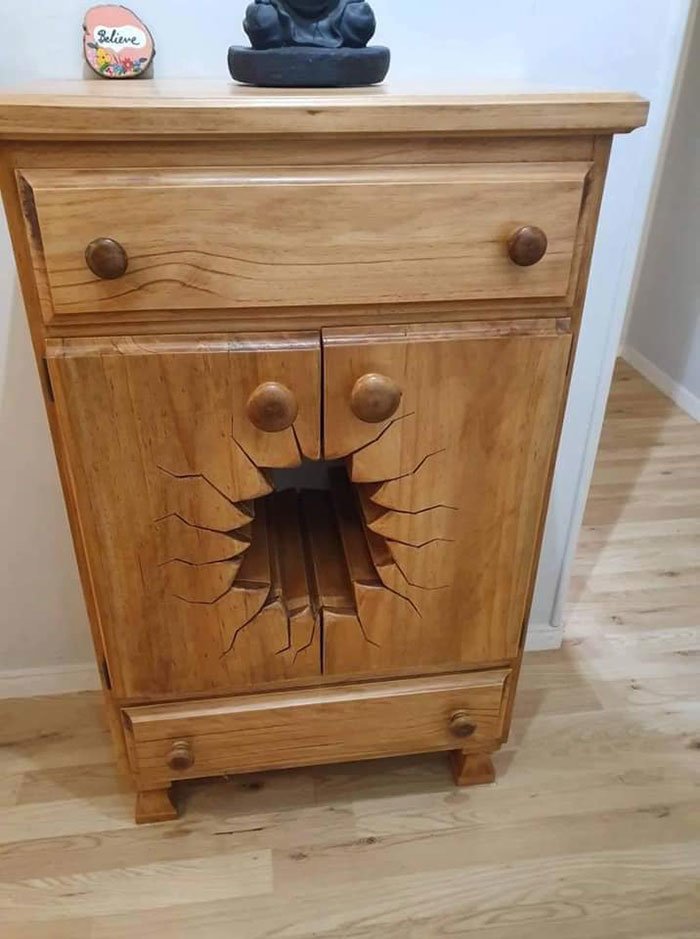 Many people asked him to sell his work but Henk says he currently has no intention of doing so. “I started creating them for the pure love of it without the intention of selling them. But when I run out of space, there will be an eBay auction or two. Everything is for sale… except for my wife,” Henk said joked. 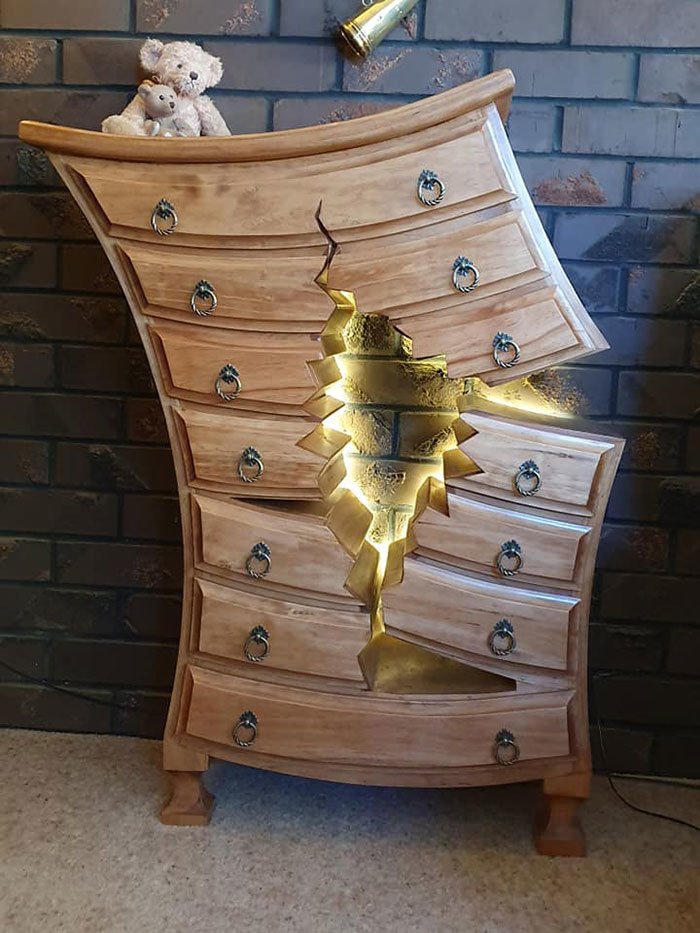 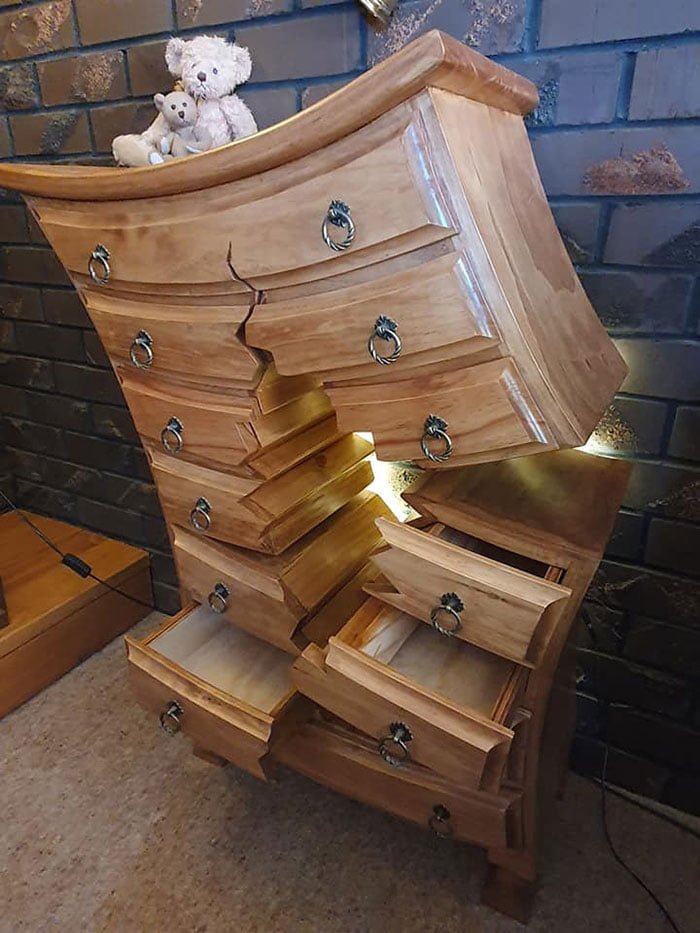 ‘Details and angles don’t work sometimes, so I have to start again. I use the recycled New Zealand Pine, but if I can lay my hands on Rimu, I will also use that.’ 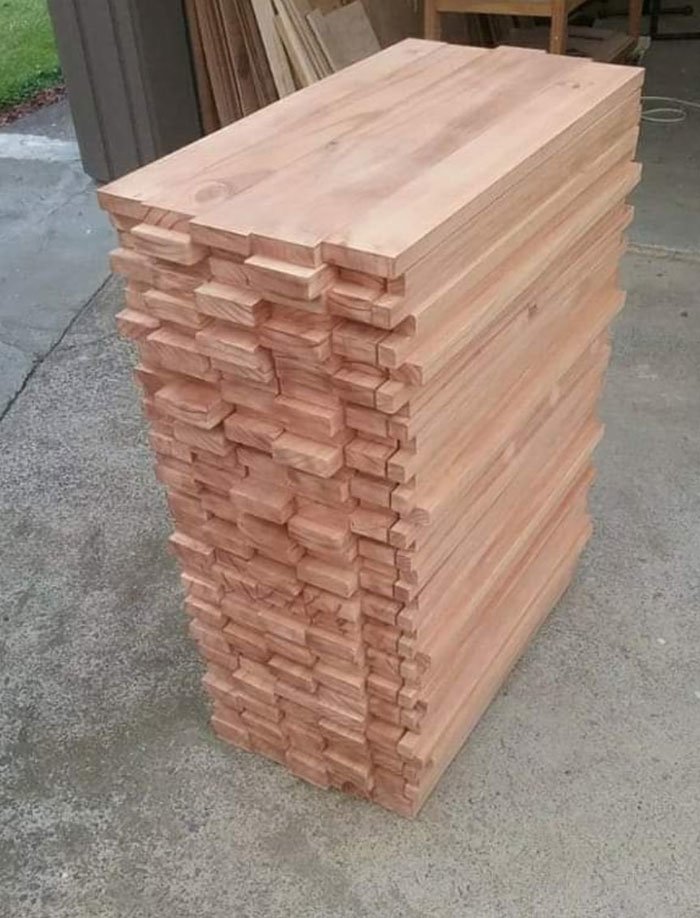 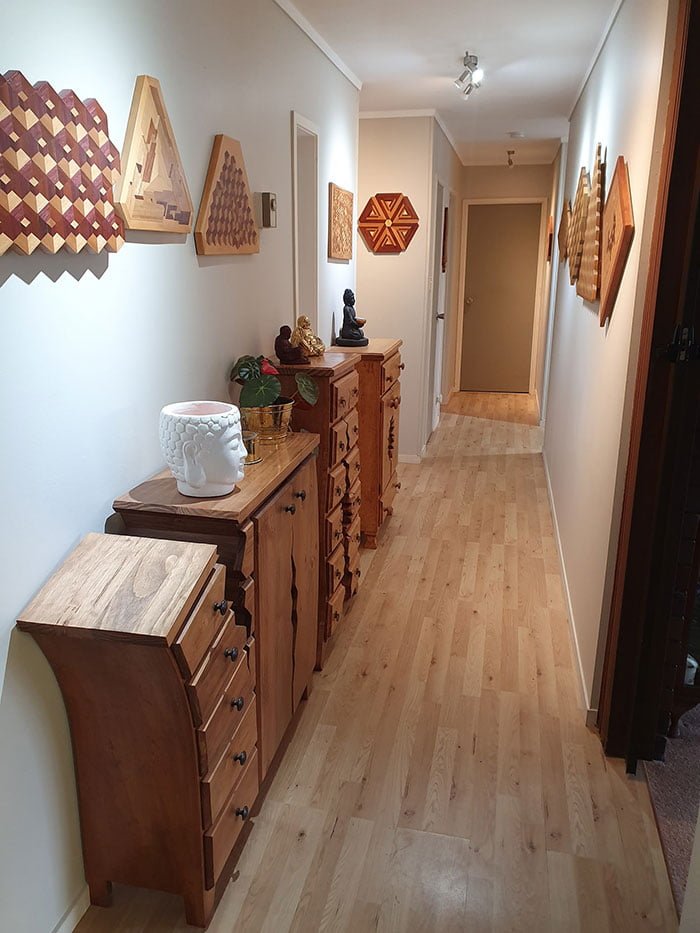 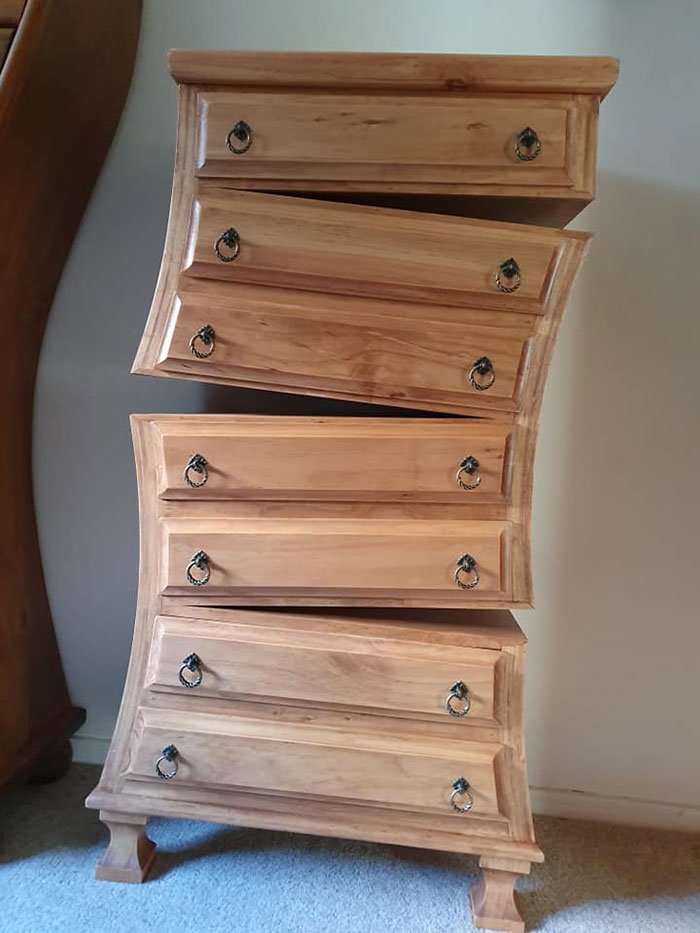 Linda and his father they not expecting the furniture blow up like this way. “I was absolutely blown away at how this has gone viral, just a post my daughter put up on a page to share,” Henk said. “I never expected ANYTHING like this.” 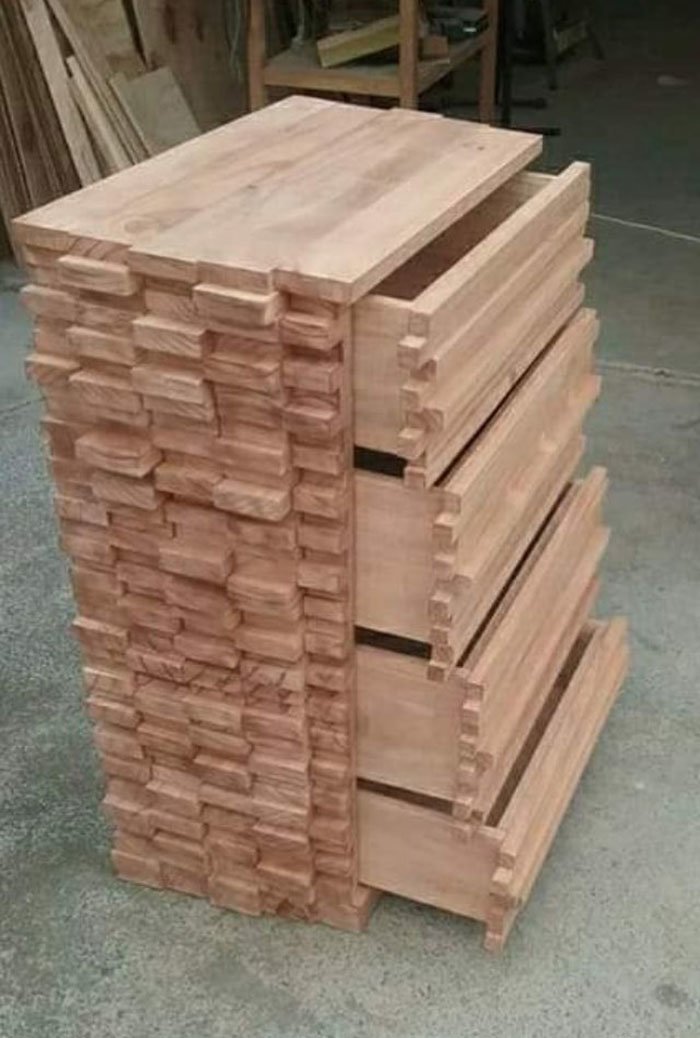 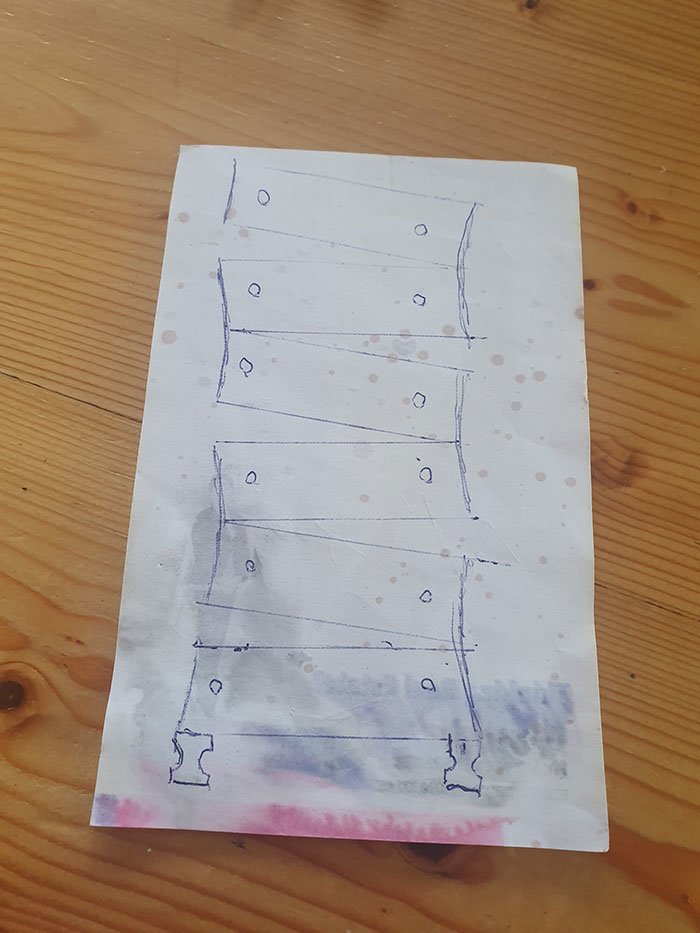 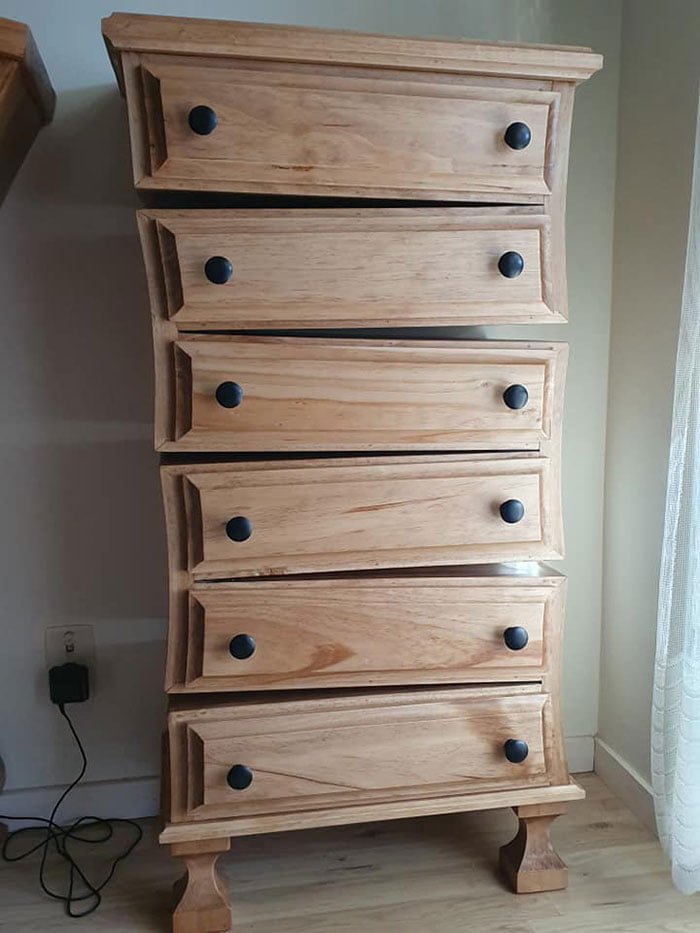 25 People Who Should Never Be Let Them To Cook Again