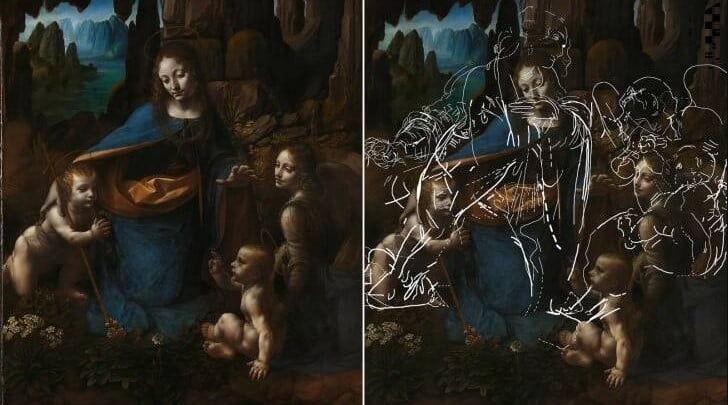 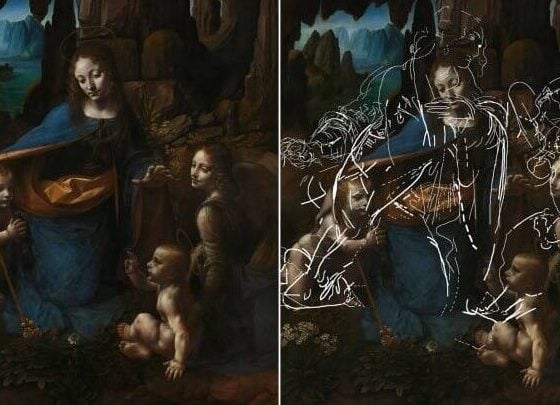 Thanks to movies and books like The da Vinci Code, the name Leonardo da Vinci is not just linked with being a historically important genius, is also a mystery. So The National Gallery in England has been working on this a mystery since 2005, and now we closer to understanding the secrets of da Vinci’s hidden painting.

15 years after discovering part of a hidden drawing beneath Leonardo’s Virgin of the Rocks, our team of scientists and conservators have uncovered more of the mystery. Find out more here: https://t.co/4pzWgYp2ul #Leonardo500 pic.twitter.com/NQX7mxINnU

14 years ago, a team of scientists, conservators, and curators all teamed up to check the masterpiece, who is named “The Virgin of the Rocks,” is located at The National Gallery in London. originally made as a commission for a church, and they have another version of the painting da Vinci made, probably as a replacement for the first. Leonardo da Vinci thinking that the church was not offering appropriate payment for the second version, so he sold it.

Scientists have been recently used developed imaging technology to detect hidden drawings of an angel and baby Christ under a famous Leonardo da Vinci painting.

The National Gallery said, “Scientists were able to find these figures with the help of macro X-ray fluorescence scanning (macro XRF), whose use in studying art was advanced in 2018, which found zinc in the angel and baby Christ drawings. Infrared reflectography (IRR) and hyperspectral imaging (HSI) were also used to get clearer images of the sketches for these figures. 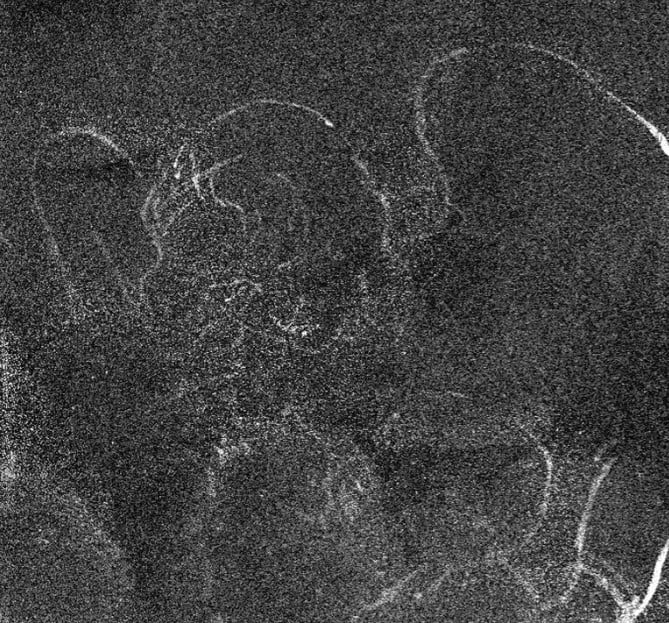 Zinc distribution in the painting shows a drawing of an angel and a baby. (Photo Credit: The National Gallery)

Also said, after 15 years of technological improvements, “more of those details have been detected.”

“New imaging has revealed Leonardo’s earlier design for the angel and baby Christ, which show significant differences to how they look in the finished painting,” the National Gallery says. “In the composition that was drawn first, both figures appear higher up, while the angel, facing out, is looking down on the baby Christ with what appears to be a much tighter embrace.”

Hyperspectral imaging (HSI) provided clearer images of the drawings for the figures above. (Photo Credit: The National Gallery)

3 separate panels of “The Virgin of the Rocks” were originally made by da Vinci for the church of San Francesco Grande in Milan, Italy, in dedication to the Immaculate Conception of the Virgin Mary made at the turn of the Sixteen century over a sixteen-year extent. One of those panels is located in the National Gallery in London, which was probably made to replace another version now located at the Louvre in Paris.

Is not the first “disused” figures detected in the painting, in 2005, scientists analyzed “The Virgin of the Rocks” and spotted a different design. Using “IRR,” they found a preliminary draw of the “Virgin Mary Leonardo da Vinci” started on one picture and then ditched it for the present version.

A drawing of the eye of the Virgin from the initial composition as shown in the IRR. (Photo Credit: The National Gallery)

The Gallery said, “With the help of those scientific images, we can imagine Leonardo started working on a new painting, but then changed his mind, and reproduce the original vision he had in mind for the painting, maybe after the dispute had been settled,” also says. “This second version is just reproduction, but, along with important adjustments to the characters he also used this version to discovered new kinds of lighting effects based on his own exploration into a science optics and the physiology of human vision.”

“This is good chance to not only share our innovative findings but also to invite the public to discover and engage with what we have found,” said Dr. Caroline Campbell, director of Collections and Research, in a release. The exhibit is open to the public from November 2019 until January 2020.

The way to the art is rarely a straight and tight one. but it’s hard to say what da Vinci was thinking.